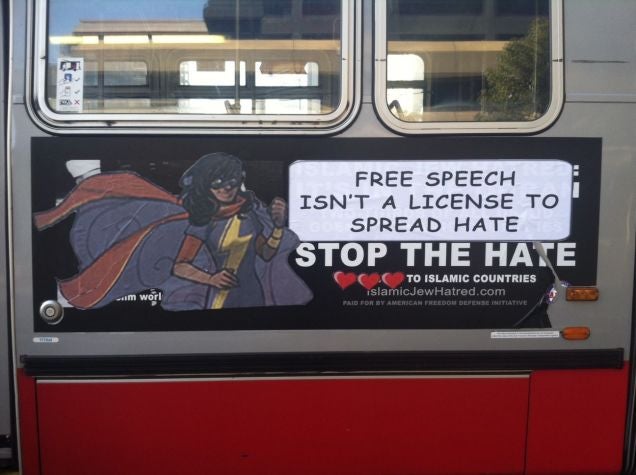 A number of Islamophobic bus ads in San Francisco have been defaced with graffiti bearing the likeness of Marvel Comics superhero Ms Marvel, io9 reports.

Spotted by Street Cred on Facebook, the image above is one of a number of photos of Kamala Khan stamping out discriminatory ads taken out by the American arm of a UK-based activism group named Freedom Defence Initiative, which io9 notes is classified as a hate group.

They're notable for comparing Islamic culture to Nazis.

The ads, controversial not only for their content but for being placed on public buses in San Francisco, generally regarded as a liberal and accepting city.