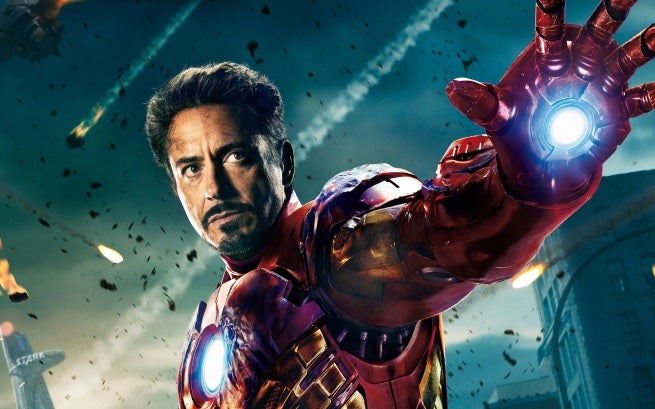 In a wide-ranging new interview with Empire magazine, Iron Man star Robert Downey, Jr. has shared some thoughts on the future of the Marvel Universe, ranging from his own future -- what his legacy will be and whether he will renew his contract -- to the impact coming from films like Avengers: Age of Ultron and Captain America: Civil War.

The interview largely centered on Tony Stark's role in Avengers: Age of Ultron, which sees Tony as the creator of the titular villain -- a restponsibility he'll have to wrestle with in the sequel to Joss Whedon's billion-dollar superhero blockbuster.

The glib, self-confident Iron Man will presumably take something of a backseat to something with a little more soul-searching, not unlike much of Iron Man 3, eventually leading to a conflict of ideals between Iron Man and Captain America.

"It's natural to change your views," Downey said when asked about becoming the antagonist in the film, noting that while he wouldn't call Tony the bad guy, Civil War is a Captain America sequel, not an Iron Man film. "The main thing to me is, and this is where I think the Russos are quite brilliant and where Kevin backed the play, is what sort of incident could occur and what sort of framework could we find Tony in? The clues are in Ultron about where we might find him next. But what would it take for Tony to completely turn around everything he's stood for, quote-unquote, because he was the right-wing guy who could still do his own thing. When the first Iron Man came out the liberals and conservatives were both like, 'You're our guy'. Yes! Score! But the idea of Tony being able to march into Washington and say, 'I'll sign up', wouldn't have made sense if the political climate in the real world hadn't shifted the way it has. It's a little bit of things following a real world continuum in, 'What would you do?' There's always the bigger overarching question, that Joss brings up all the time - it's kind of weird that these guys would have all these throw downs all over planet Earth and it looked like a little collateral damage happened over there, and yet when the movie's over, it's like nobody minds. You have to figure, 'Were you to ask the question, what would the American government do if this were real? Wouldn't it be interesting to see Tony doing something you wouldn't imagine?'

Talking about his decision to return for more movies, Downey was more blunt.

"I also recognize that I'll be turning 50 by the time I promote this movie," the actor said. "The clock is ticking down on the amount of memories and participation that I would allow myself and not embarrass the medium with. And when they pitched it to me and when I had a couple of ideas and when they said we like those ideas, let's do those. Then there's all this competition too. I don't do this because I look at it as a competition, but I look at the marketplace and go, 'Maybe if these two franchises teamed up and I can take even a lesser position in support, with people I like and directors I respect, maybe we can keep things bumping along here a little longer than they might have.'"

Avengers: Age of Ultron hits in May.