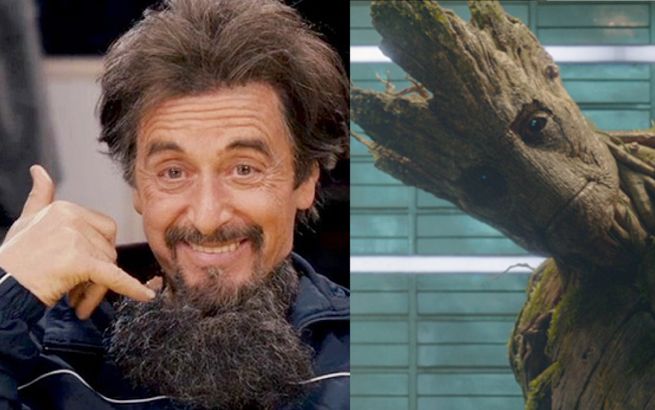 In addition to being the year's highest grossing film at the U.S. box office, Guardians of the Galaxy might soon have another claim to fame. It just might become known as the Marvel Studios film that convinced Oscar-winning actor Al Pacino that it was time to do a Marvel movie.

When asked if he connected with what was currently playing in movie theaters, Pacino brought up that he took his kids to see Guardians of the Galaxy.

Even more interesting is that Pacino rather clearly voiced his desire to be in a Marvel movie, stating "Yeah, I'm ready to go to Marvel."

Pacino also relayed a story about how he turned down the Han Solo role in Star Wars. Pacino explained, "It was at that time in my career where I was offered everything. I was in The Godfather. They didn't care if I was right or wrong for the role, if I could act or not act."

In regards to Star Wars, Pacino added, "I remember not understanding it when I read it. Another missed opportunity."