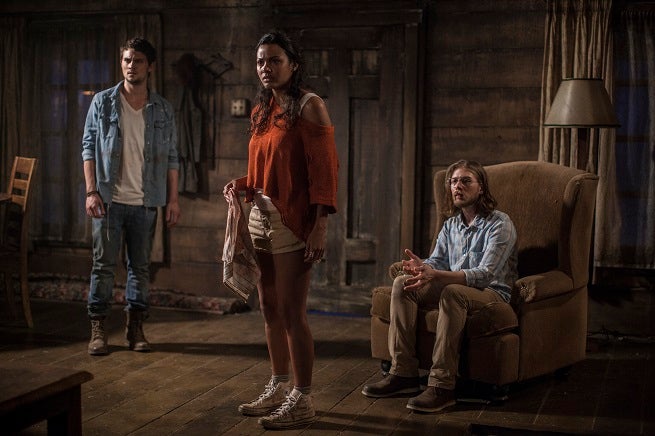 An alternate ending for Evil Dead aired during a TV broadcast in the U.K. this week, and Bloody Disgusting managed to catch it.

Well, sort of. A reader directed them to an IMDB thread where not only the alternate ending had been posted on YouTube -- this version of the ending shows Jane Levy's Mia missing an arm, on the side of the road and begging for help -- but so were three additional scenes that didn't appear in the theatrical version.

Director Fede Alvarez is still on board for Evil Dead 2, but the sequel remains in limbo. Meanwhile, Sam Raimi will return to the world he created in a TV miniseries along with star Bruce Campbell.