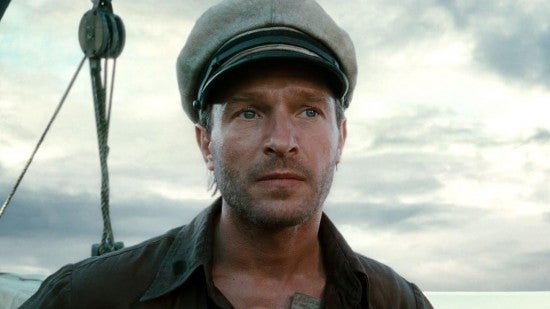 Perhaps it's no surprise, since everyone--including actors like Hugo Weaving, who has no interest in returning -- signs one when they join the Marvel Cinematic Universe, but actor Thomas Kretschmann, who will play Baron von Strucker in the forthcoming, Joss Whedon-directed Avengers: Age of Ultron, confirmed in a recent interview that he's signed on for multiple movies. He also intimated that while he's been told nothing specific, he's under the impression that the studio has long-term plans for his character. "I have a multi-picture deal which means I will not only appear in the second part, but they're planning with me for a longer period of time," Kretschmann told BZ Berlin (via Comic Book Movie). "But I don't know details yet, they're keeping their cards close to their chest - top secret!" The actor added that he was nervous going into such a big project--even though he'd already beeen in Peter Jackson's King Kong. "Oh yes, I was nervous," the actor said. "I was over-prepared; then on the set I went up to Joss Whedon who is treated as a genius, and said 'this is my first day, this is huge, please have patience with me, I'm a bit nervous.'" Avengers: Age of Ultron is filming now around the world. The film is due in theaters in May 2015.

Everything Coming to Hulu in November 2021