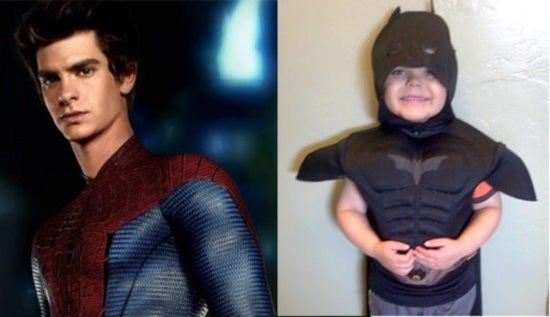 It seems that a private act of kindness has been made public after a tabloid report misrepresented the cancellation of the Academy Awards's "Batkid" segment. Yesterday, ComicBook.com was among a number of news outlets expressing confusion at just what had happened. The Academy told various news outlets via a written statement that "Due to the nature of a live show, hard decisions sometimes must be made which require the Academy to cut segments due to the logistics of production. Andrew Garfield understood that his segment had to be omitted, and he drove to Disneyland on Monday to spend time with 5-year-old Miles Scott (Batkid) and his family." Various other reports clashed with this, including a report that Garfield had bowed out to see an ailing family member and one narrative -- started at the New York Post's Page Six -- which held that Garfield had stormed off the Oscar stage during rehearsal after deciding that he didn't like his lines. His doing so, the report claimed, left Miles Scott and his family "devastated." 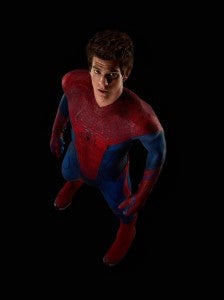 With a number of outlets expressing skepticism about the idea of Garfield leaving the Academy Awards to hang out with a kid (forcing them to bring in Chris Evans at the last minute to present), the Page Six story got quick traction online and by midday, it was arguably the loudest version of what had happened; it seems at that point, representatives for Garfield released a comment and a photo to the tabloid website TMZ, seemingly proving that, yes, the star had spent the day with Miles and had even acted out their Oscars ceremony in Batkid's hotel room while wearing tuxedos. Assuming there's no rebuttal from the Scott family that this photo was somehow staged elsewhere and Garfield really is a cretin (which seems unlikely), the safest assumption is likely that the Scott family and Garifeld's people hadn't commented simply because the Disney trip was a private act and didn't require a PR team's involvement. Until, sadly, it did.