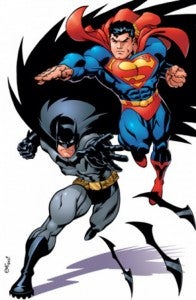 An article posted today at Michigan Capitol Confidential is calling into question the sizable tax breaks that Warner Bros. will be receiving while filming Batman vs. Superman in the state. Michigan's current tax incentives for film producers pays up to 35% of any expenditures made in the state by the producer. The article draws a contrast between the amount of profit that Warner Bros. makes in a year and the amount of tax dollars that the state puts into other areas.

In 2012, Warner Bros. had an operating income — profits that exclude interest and income tax expenses — of $1.2 billion, according to The Hollywood Reporter. That's about the same amount the state of Michigan gives in general fund dollars to higher education and community colleges.

Of course, these kinds of tax breaks may be the only way for states to compete for film producers' attention on the international market, as evidenced by Avengers 2 filming in England.