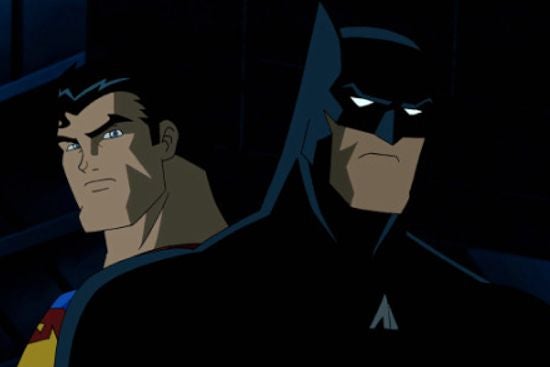 On Friday, Warner Bros. shocked the comic book world by announcing that Batman Vs. Superman was being pushed back until 2016. The official reason that Warner Bros. gave for the move was to allow "the filmmakers time to realize fully their vision, given the complex visual nature of the story." Of course, given that Marvel Studios has been releasing two complex visual movies a year, most fans aren't buying the official explanation. Rumors are running rampant on the Internet about why the film was pushed back. Here are some of the most popular rumors and fan speculation.

– After Ben Affleck, it seems to be Gal Gadot that is getting blamed. Some fan speculation suggests that Warner Bros. wanted to give Gal Gadot more time to train and put on muscle for her Wonder Woman role. However, this rumor is pretty unlikely, because Warner Bros. wouldn't have cast her to begin with if there was any concern about her being in shape to play Wonder Woman. 3. Warner Bros. Is Recasting – When Ben Affleck was initially announced as Batman, there was a huge outcry on the Internet. Some fans are speculating that Warner Bros. has gotten cold feet with either Affleck or Gadot and is looking to recast the film. Other speculation suggests not necessarily a recasting, but that Warner Bros. is having difficulty making casting decisions on some key roles, as evidenced by the multiple actors that have been rumored for the Lex Luthor role. 2. The Script Is Being Re-written – Why did Star Wars Episode VII get delayed? So that Lawrence Kasdan and director J.J. Abrams could rewrite the script. David S. Goyer wrote the initial screenplay for Batman Vs. Superman, but reports surfaced around a month ago that Argo writer Chris Terrio had been brought in to do a draft of the script. Is it possible that he's wound up having more script changes than Warner Bros. anticipated? 1. Warner Bros. Needs More Time To Come Up With A Name For The Movie – Ok, this one really isn't a rumor or speculation, but we included it just for fun. Given that Warner Bros. hasn't been able to come up with an official name for the film in the six months since the Comic-Con announcement, did anyone really think the untitled Man of Steel follow-up was going to get released on time? On a serious note though, the lack of an official name does spur another conspiracy theory. Perhaps, there's some truth to the rumors that Batman Vs. Superman is actually Justice League, which would actually make Warner Bros. explanation of the complex visual nature of the film causing the delay seem more plausible.

Jordan Peele Teases "A Few Ideas" for Next Movie