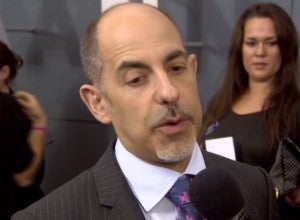 By now, everyone that visits this site should have seen Man Of Steel or at least read about it on the Internet. However, just to be on the safe side, we will include the obligatory warning that we will be discussing a major spoiler in the film. The Man of Steel was written by David S. Goyer, who has also been signed to write the upcoming Batman Vs. Superman. Goyer was also a writer on Batman Begins, The Dark Knight, and The Dark Knight Rises. He has quite an impressive resume when it comes to writing superhero movies. At last night's BATFA and BFI Screenwriters' Lecture, Goyer discussed the controversial ending of Man Of Steel where Superman snaps the neck of General Zod. According to Digital Spy, Goyer said, "We were pretty sure that was going to be controversial. It's not like we were deluding ourselves, and we weren't just doing it to be cool. We felt, in the case of Zod, we wanted to put the character in an impossible situation and make an impossible choice." "This is one area, and I've written comic books as well and this is where I disagree with some of my fellow comic book writers - 'Superman doesn't kill'. It's a rule that exists outside of the narrative and I just don't believe in rules like that. I believe when you're writing film or television, you can't rely on a crutch or rule that exists outside of the narrative of the film. So the situation was, Zod says 'I'm not going to stop until you kill me or I kill you.' The reality is no prison on the planet could hold him and in our film Superman can't fly to the moon, and we didn't want to come up with that crutch," added Goyer. So what does this mean for the upcoming Batman Vs. Superman movie? Can we expect to see Superman kill again? If Batman and Superman are fighting, what happens if Superman is put in the situation where he has to kill Batman to defeat him? Even though Goyer doesn't believe in the Superman does not kill rule, he also indicated that Superman's actions were part of setting up the next films in the series. Goyer said, "Also our movie was in a way Superman Begins, he's not really Superman until the end of the film. We wanted him to have had that experience of having taken a life and carry that through onto the next films. Because he's Superman and because people idolise him he will have to hold himself to a higher standard."

Batman Vs. Superman Writer Doesn't Believe That Superman Should Not Kill