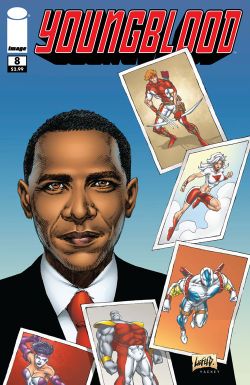 Controversial director and producer Brett Ratner has signed on to produce the forthcoming Youngblood movie. According to Variety's website, the announcement came over the weekend at the Berlin Film Fest. Ratner's production company, Rat Entertainment, will be producing the film in a joint development deal with Red Om Films, which is owned by actress Julia Roberts.

"Youngblood is one of the few comicbooks left with tentpole potential," Ratner told Daily Variety. "It was a real personal passion project for me." Hopefully, that means staying true to the comics series.

Making movies based on comics is not a new medium for Ratner, who directed 2006's X-Men: The Last Stand. The Last Stand angered many X-Men fans, killing off popular characters such as Cyclops and Professor X and having the Dark Phoenix plotline not stay true to the comic. The third installment's box office gross reflected what many considered to be the worst of the X-Men films.

Now, some fans of the Image comic are worried about what Ratner plans to do with the live action version of Youngblood. "Poor Youngblood, I wheep [sic] for you" posted a fan of the comic on IGNmovies.com.

Director Sylvain White has been approached by Ratner to helm the Youngblood movie under the project codename, Infinity. Master and Commander's John Collee will draft the screenplay.