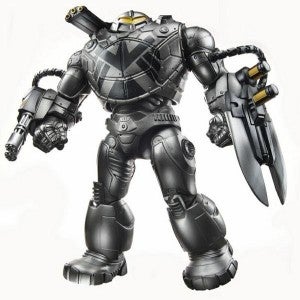 Is that Gipsy Danger with a new paint job? Nope, it's a S.H.I.E.L.D. android and/or suit of armor from the toy line tying into the forthcoming Captain America: The Winter Soldier. While we might not see that--or the Hydra agent pictured below, basically identical to what we've seen in the comics in the past--in the final cut of the film, Hasbro's official unveiling of a number of toys this weekend (via CBM) (including Transformers: Age of Extinction and The Amazing Spider-Man 2 figures) might give fans a sense of what characters and concepts Marvel thinks are important going into next year's release of the Captain America sequel. The one face that we know will look, more or less, like it does on the toys here is the Winter Soldier, played in the film by Captain America: The First Avenger and Once Upon a Time alum Sebastian Stan. Here, he's pictured with an impressively large gun, but that's pretty standard operating procedure for action figures so it's probably not indicative of anything we'd see onscreen. Check out the rest of the figures below. 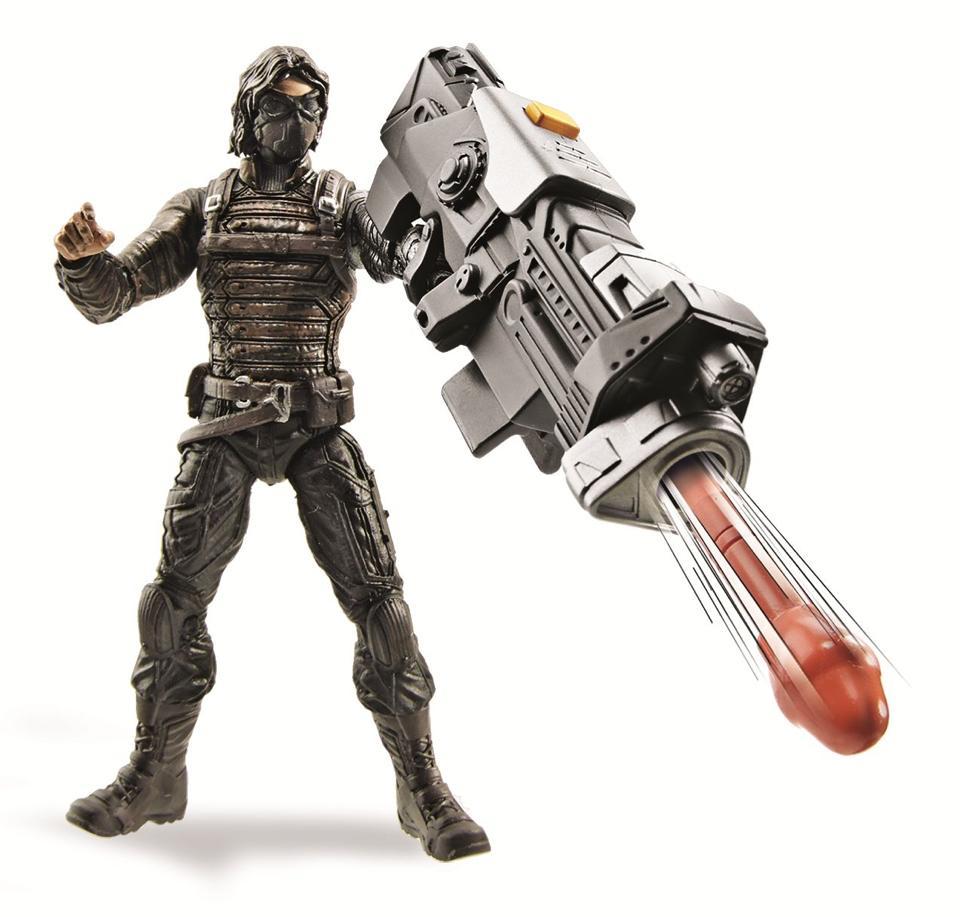 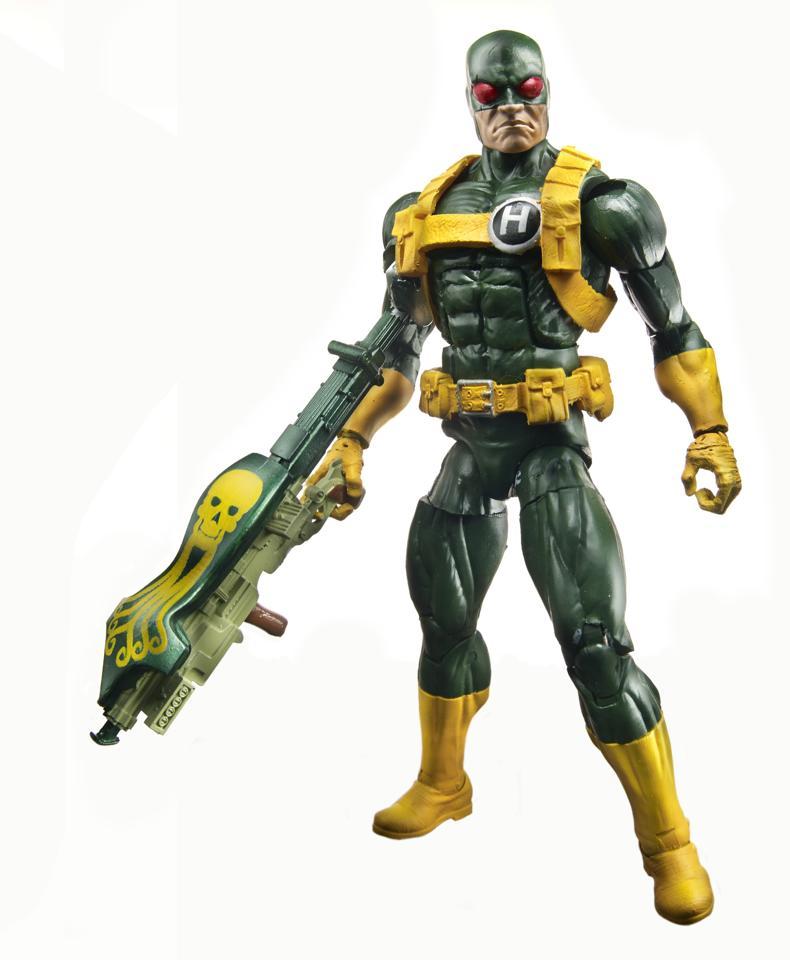 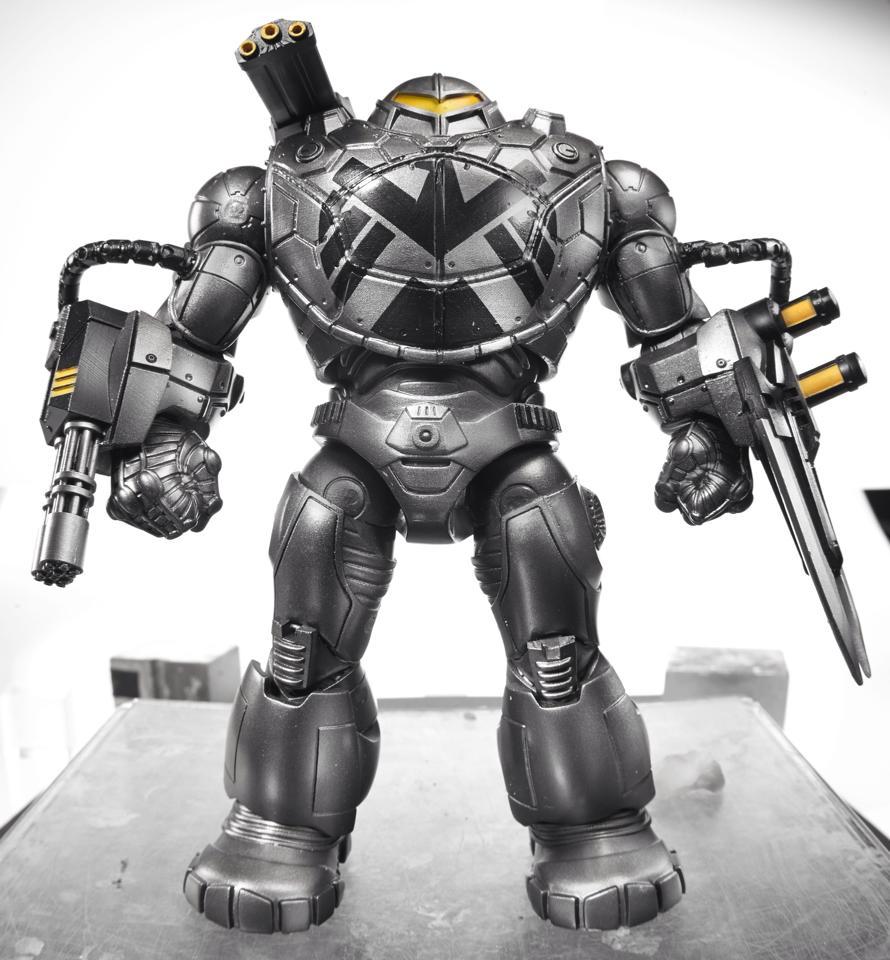