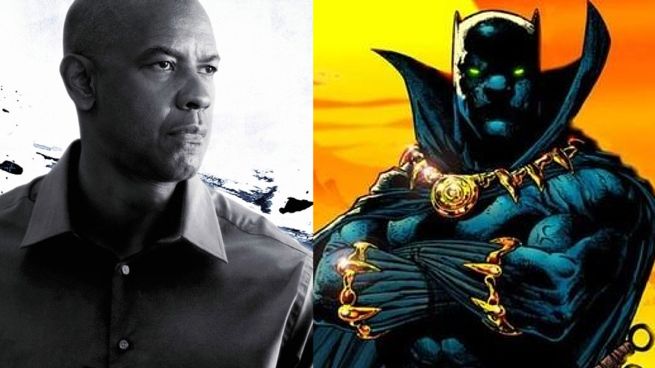 While no official casting offers have been made, veteran actor Denzel Washington fielded questions during a Reddit AMA on Friday about characters that he might be interested in playing in the future. Of course with proliferation of comic book movies, Washington was asked if he would ever consider playing a Marvel of DC Comics superhero, like Green Lantern or Luke Cage.

Washington answered, "Didn't they do the Green Lantern? With Ryan Reynolds! Too late! Green Lantern Returns? Isn't there a comic book, the Black Panther or something?"

CinemaBlend followed up with Washington to see just how serious he might be about that Black Panther role. "I'm probably getting too old. They didn't make the Black Panther yet, though, did they? I heard that they have been talking about it. That's cool," said Washington.

Later in the AMA, Reddit was asked who his favorite superhero was.

Washington answered, "That's a tough one. You know, I hate to take a look out the window and think I could jump out like Superman, like Clark... hmmm, I always dug Thor in the comic books. Somewhere between Superman and Thor."

Washington continued, "But you know who I really dug? When I was on vacation a few years back, and I sat, and I said I'm going to watch The Incredibles. MAN that is one of my favorite movies of all time now! Did you ever see INCREDIBLES? I love that movie!"

In addition to superheroes, Washington was also asked if he had any interest in playing the next James Bond.

"The next James Bond? They better hurry up! Yes I would! Who's doing James Bond now..Daniel Craig! Did they shoot another one? Everybody should tweet Denzel is James Bond! Send it to the studio! We start the Denzel is Bond campaign today! James Washington. Denzel Bond," replied Washington.