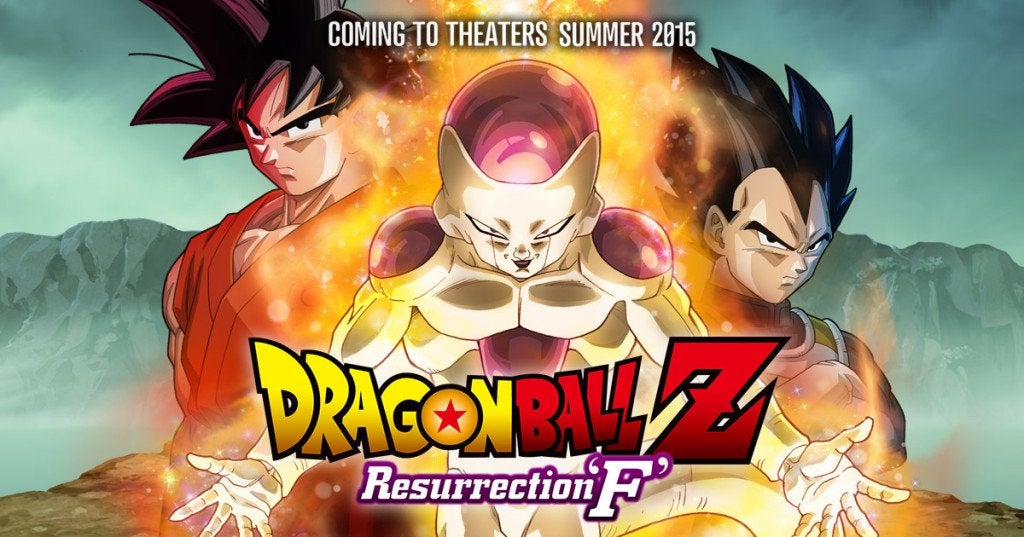 This summer, Dragon Ball Z: Resurrection 'F' is coming to America, with a premiere on April 11 to be its first North American screening. This special screening will be a full week before the film debuts in Japan, and will be the only chance to see it in the states before it gets a wider release this summer.

FUNimation Entertainment announced today that they have acquired the theatrical, home entertainment, video on demand and broadcast rights to the upcoming Japanese animated feature film, which centers on the return of Frieza.

Dragon Ball Z: Resurrection 'F' represents the nineteenth feature film in the Dragon Ball series. Series creator Akira Toriyama was directly involved in the film's production, just as he was in the successful Dragon Ball Z: Battle of Gods. The English dub of the new film will be released in theaters across North America in Summer 2015.

A limited amount of tickets to the premiere will be available to fans and the general public beginning today at dragonballz.com.