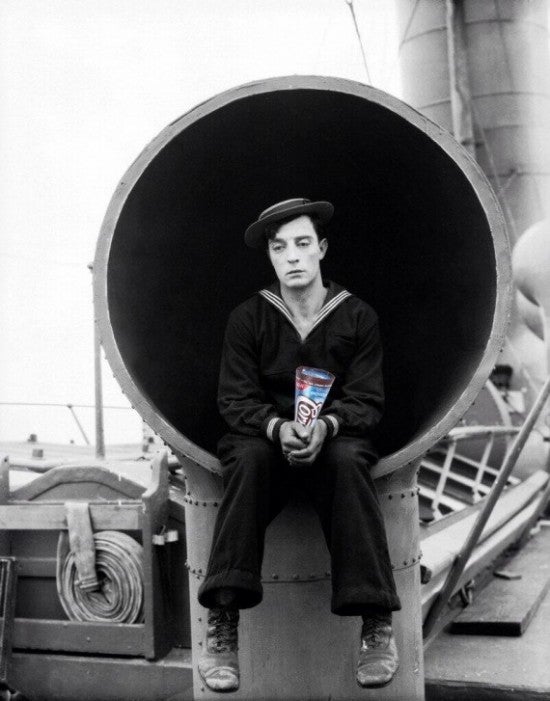 In a move that's likely to raise a lot of questions, ousted Ant-Man director Edgar Wright has removed a tweet that seemingly implied he was upset about the way things ended between he and Marvel Studios. The image, which featured screen legend Buster Keaton holding a Cornetto ice cream novelty, had been tagged only as a "selfie" before it was removed earlier today. Keaton was a screen legend who thrived as an early pioneer in silent films. Keaton's career declined after he lost his artistic independence in a strict contract with MGM, which he later called the worst choice of his career. On Saturday, Avengers: Age of Ultron director Joss Whedon tweeted a photo of himself holding up a Cornetto, which many have interpreted as a show of solidarity with Wright. His tweet, and Wright's retweet of it, remain online but Wright has removed his own addition. Wright's fan-favorite trilogy of films -- made up of Shaun of the Dead, Hot Fuzz and The World's End -- is collectively referred to as The Cornetto Trilogy or Three Flavours Cornetto, and the popular ice cream treats are present in each of the movies.