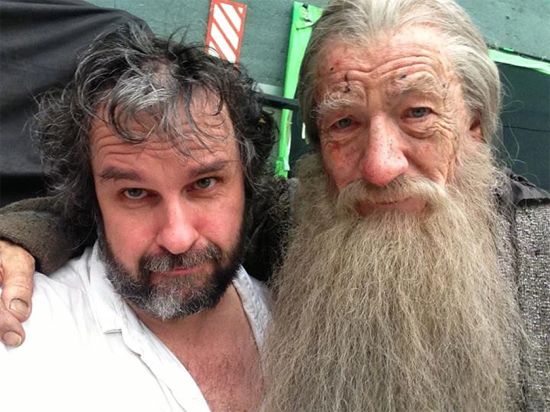 There are two characters that will forever be associated with Sir Ian McKellen, and he's now done with one of them. Earlier today, The Hobbit trilogy director Peter Jackson shared a behind-the-scenes photograph taken with Ian McKellan. Peter Jackson said, "Seconds ago we finished our last shot with Gandalf. The end of an incredible adventure that began in 1999. I'm feeling very sad right now." Even though Ian McKellen has finished his part of his fourteen year run as Gandalf, fans still have two more Hobbit movies to look forward to watching in theaters. The Hobbit: The Desolation of Smaug is scheduled to be released on December 13, 2014 and The Hobbit: There and Back Again is scheduled to be released on December 17, 2014. As far as Ian MKellen's other most memorable character, the actor also recently finished filming scenes as Magneto for X-Men: Days Of Future Past, which is scheduled to be released on May 23, 2014.

End Of An Era: Gandalf Is Finished With The Hobbit