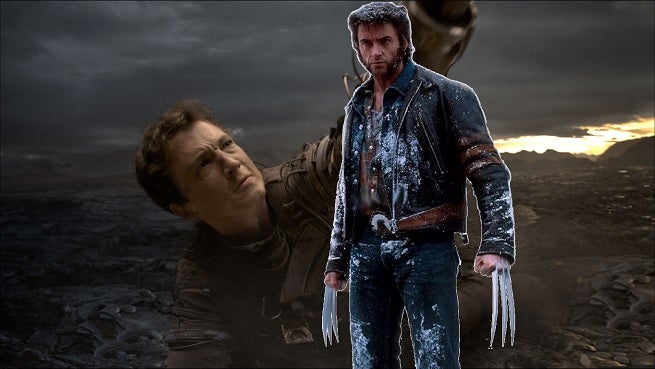 Divergent's Miles Teller would like to see his version of the Fantastic Four cross over with Hugh Jackman and the X-Men, he admitted in an interview this week.

MTV's Josh Horowitz asked whether there had been any discussions with producer Simon Kinberg about whether the films might take place in the same universe as the X-Men franchise, on which Kinberg also works.

"No, but I would love to kick it with Wolverine," Teller said. "I don't know what we would talk about, but...!"

He also talked a little bit about the cast's relationship to the source material, including one particularly notable catchphrase that it sounds like must have been uttered on set at some point.

"You should have some laughs in there. You want to see some enjoyment and The Thing better say 'it's clobbering time,'" Teller said when asked about the dark feeling of the trailer. He said that he felt there had to be some of that, but that "It's not Avengers, for sure."

He said that he tried to study up on the Ultimate Fantastic Four as much as he could, but that the cast were told not to "ingest everything" so that they could put their stamp on it.

Fantastic Four will be in theaters on August 7.