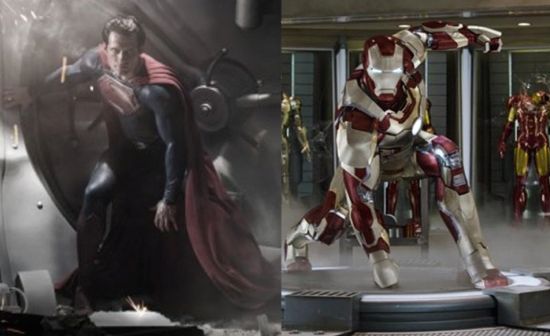 Over the next three years there will be numerous comic book movies released. Here at Comicbook.com we're looking forward to all the upcoming comic book movies, but there are a few that are generating more buzz than others. We've selected our top five picks for the most anticipated comic book movies and explained why. 5. X-Men: Days Of Future Past – Of all the X-Men storylines, this is the one that fans have been dying to see made into a movie. The thought of seeing the Sentinels on the big screen is like a dream come true. Even though Matthew Vaughn, who did an incredible job with X-Men: First Class, stepped away as director, Bryan Singer has stepped in to get things moving in the right direction. With members of both the old and new cast appearing in the film, X-Men: Days Of Future Past looks to be a X-Men movie of epic scale. 4. Man Of Steel – Superman holds a special place in many a comic book fans heart. While The Dark Knight trilogy was an incredible journey, fans are ready to see Superman fly again. With Christopher Nolan as a producer and Zack Snyder directing, it really looks like fans are going to get the Superman movie they have been waiting for. Anticipation is high that the Man of Steel will spell a return to greatness for the Superman franchise. 3. Iron Man 3 – Iron Man was the movie that really launched the entire Marvel Cinematic Universe. With Robert Downey Jr.'s contract running out, it's always possible that this could be his last Iron Man movie. Fans are still riding high from The Avengers, and that momentum is carrying over to Iron Man 3. 2. Justice League – It's something that pretty much every comic book fan has dreamed about since they were young. Older comic book fans have been worried that they might never get to see this movie in their lifetime. However, with the overwhelming success of Avengers, Warner Bros. is reportedly moving forward to get a Justice League movie in theaters by 2015. We're keeping our fingers crossed. 1. Avengers 2 – While it was a tough call to rank The Avengers sequel above the first Justice League, it simply had to be done. While fans have been waiting forever to see the Justice League on the big screen, Warner Bros. spotty track record with superhero movies leaves the quality of the movie as a mystery. On the other hand, fans know what they will be getting with Avengers 2. The Avengers sequel already has fan favorite director Joss Whedon locked up to direct, and that's like money in the bank that the movie is going to be good. The Avengers 2 also has an established cast who have proven they fit their superhero roles. There is no telling what type of cast fans might wind up with the Justice League.