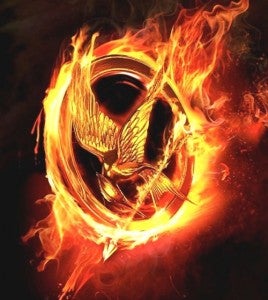 The Hunger Games is off and running, and early indications are that it should meet all the highest box office predictions and possible then some. Before the movie opened, many box office forecasters didn't know what to think. Since this was a non-sequel opening in March, many were playing it conservative with $80 to $100 million forecasts. Others box office forecasters were realizing Hunger Games was one of those rare phenomenons where the traditional rules of box office forecasting don't apply, and the most optimistic were projecting in the $130 to $150 million range. With opening day box office totals now starting to officially come in, the conservative forecasters are starting to look pretty silly, while those optimistic forecasters seem to be right on track. To get an early start on things, many theaters offered midnight showings of Hunger Games. The midnight showings were so successful that theaters were left scrambling to even add 3 AM showings. Those early midnight showings raked in $20 million. Now, the numbers are starting to come out for Friday, Deadline is projecting a $66 million take (which includes the midnight showings). They are also leaving the door open to say Hunger Games could reach as high as a $70 million opening day once all the numbers come in. Based on this opening day, Deadline is calling for a $138 million opening weekend, which is pretty close to the $139 million prediction made by Comicbook.com. Variety is a little more optimistic than Deadline and has gone ahead and called the opening day for Hunger Games at the higher $70 million projection.