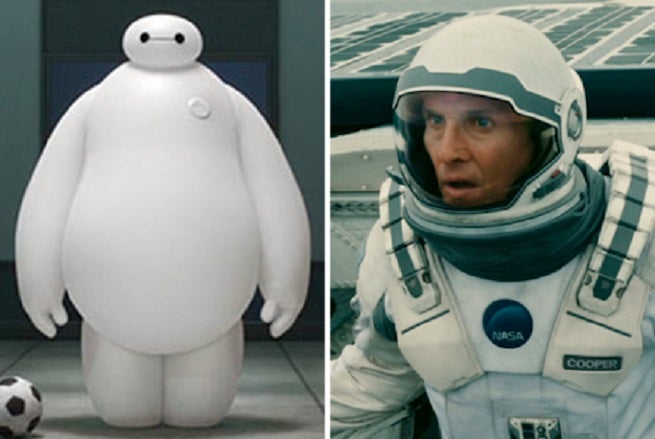 While it's still expected that Big Hero 6 will surge today and give Interstellar a run for its money at the weekend box office, the Christopher Nolan-directed sci-fi drama took the #1 spot on Friday, with $17 million to $15.8 million generated by the Marvel Comics (kinda-sorta-)adaptation.

Both films had been projected to pass $50 million in their opening weekend, and it still looks like they've got a good chance of hitting those numbers, especially if today turns out to be big business for Big Hero 6, which is expected since kids obviously can turn out over Saturday and Sunday in a way they couldn't for Friday's showings.

Nothing else came close to the two blockbusters, with the other eight movies in the top ten combining for $11.25 million yesterday.