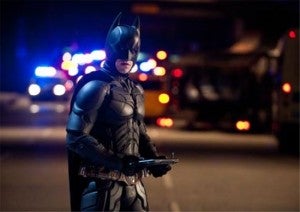 Last year, director David Cronenberg created quite a stir on the Internet when he make some critical comments about Chistopher Nolan's The Dark Knight Rises. In a new interview with The Playlist, Cronenberg clarifies that his comments were taken out of context and that he hasn't even seen The  Dark Knight Rises. However, his explanation likely still won't sit well with comic book movie fans. Cronenberg said, "I was asked, then the journalist woman said, 'By the way, superhero comic book movies have shown to rise to the highest level of cinematic art – would you be interested in doing one?' And I said, 'Wait, who said they have risen to the highest level of cinematic art?' That's when I started my little rant. I was really responding to that. She proposed that about the new Batman movies. I had seen the one before this ['The Dark Knight'], not the new one, and I think at that time only journalists had seen it. So I wasn't talking specifically about that movie and I wasn't criticizing it directly." Ok, fair enough, but here is where it gets really interesting. Cronenberg added, "What I was saying was that a comic book movie is really a comic book movie. Comic books were -- especially those comic books which I was raised on (I loved Captain Marvel) -- created for adolescents and they have a core that is adolescent. To me, that limits the discourse of your movie if you're basing it accurately on that, and you cannot rise to the highest level of cinematic art." Of course, lost in all these questions about if David Cronenberg would do a comic book movie is the fact that he has already done a comic book movie. Cronenberg directed A History Of Violence, which was based on a comic book published by a DC Comics imprint. The very same DC Comics that publishes Batman, which Nolan's Dark Knight trilogy is based.