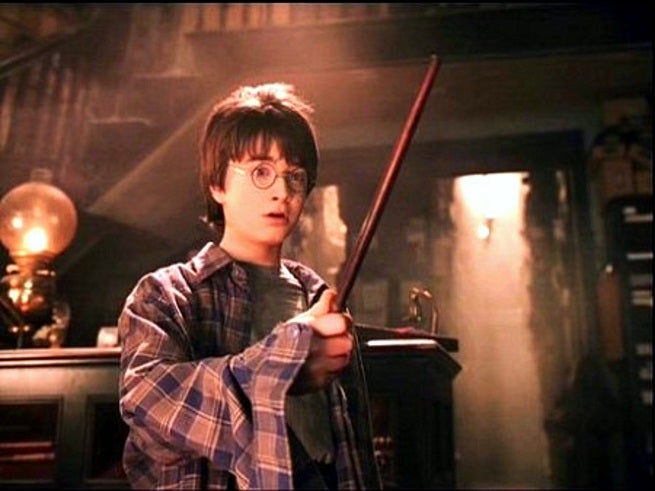 J.K. Rowling is playing a game with her fans, offering a riddle with clues toward Fantastic Beasts and Where to Find Them.

It all started when Rowling posted tweeted out that she was working on a novel and a screenplay, as seen below:

Very busy at the moment working on a novel, tweaking a screenplay and being involved in @lumos campaigns. Back when I've finished something!

One of Rowling's followers tweeted that she puts way to much thought power into examining Rowling's tweets, and Rowling responded by saying she was now tempted to create a riddle.

.@peruseproject See, now I'm tempted to post a riddle or an anagram. Must resist temptation... must work...

Fourteen hours later, Rowling did just that, tweeting the following:

Fans immediately set to trying to decipher the clue, presuming it an anagram. Some fans presumed it revealed the novel Rowling is working on to be a new Harry Potter adventure, but that proved to be false.

Eventually fans caught out that the riddle had to do with the upcoming film Fantastic Beast and Where to Find Them, which Rowling is writing the screenplay for. They found the lead character's name, Newt Scamader, and New York, the setting of the film, contained in the anagram.

#helpfulhint The solution is the first sentence of a synopsis of Newt's story. It isn't part of the script, but sets the scene.

As of writing, fans still haven't worked out the exact details, but it almost certainly has nothing to do directly with Harry Potter, as the film will take place decades before Harry's birth. She's simply teasing the next, and separate, adventure to take place in the Wizarding World.

Fantastic Beast and Where to Find Them is due for release Novemeber 2016.