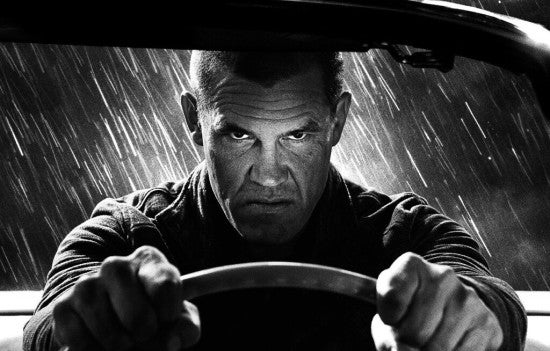 Latino Review reported, and Variety has confirmed, that Jonah Hex star Josh Brolin will return to the comic book movie arena with Guardians of the Galaxy, in which the actor will play Thanos the Mad Titan. The character first appeared onscreen in a post-credits tease in Marvel's The Avengers in 2012. He's expected to play an ongoing role as the behind-the-scenes villain in Avengers; Age of Ultron and the central antagonist in Avengers 3. Besides Jonah Hex, which was produced by Warner Bros. based on the DC Entertainment character of the same name, Brolin starred in the Sony Pictures Entertainment hit Men in Black 3, itself a loose adaptation of a comic book. Fans can see him next in Frank Miller's Sin City: A Dame to Kill For. He was also in the running to play Batman at one point in Batman V Superman: Dawn of Justice. Guardians of the Galaxy, due out August 1, also features the voice talents of Vin Diesel and Bradley Cooper, alongside physical actors like Chris Pratt, Zoe Saldana and Dave Bautista.  The film is directed by James Gunn.

Josh Brolin Cast as Thanos in Guardians of the Galaxy