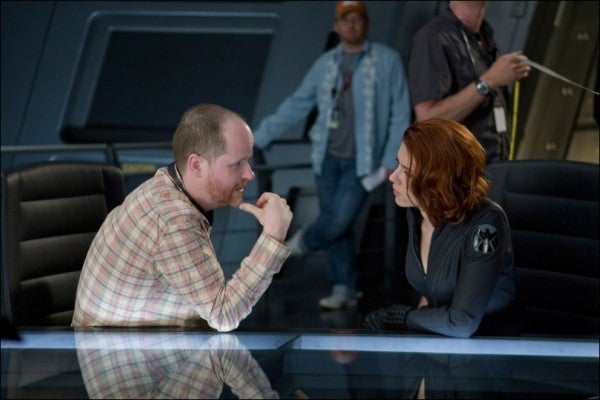 While Avengers: Age of Ultron director Joss Whedon believes Christopher Nolan's The Dark Knight is The Godfather of superhero films (generally understood to be the greatest film made in the modern era), the reason he didn't take much of its influence into account for The Avengers is that he felt it had a detached, postmodern affect that he wasn't ready for yet.

"I watched The Dark Knight and I thought of that as riffing on the genre," Whedon told The Huffington Post. "That was a superhero movie as The Godfather. And I was like, 'But I just still want to see a superhero movie!' We had just gotten the technology to make it awesome, and I wasn't ready to be post-modern about it yet."

Whedon added, "People come in with a certain amount of emotional baggage, so whether we're in our larvae stage or our decadent stage, I can't really say, but I try to make my superhero movies as if there's either never been one or there's only ever been them. I work with the idea that it's just a natural way for people to be, so that you still make a movie about people."

Avengers: Age of Ultron will be in theaters next year, reuniting Whedon with the cast of Marvel's The Avengers and adding Aaron Taylor-Johnson and Elizabeth Olsen as Quicksilver and Scarlet Witch, Paul Bettany as The Vision and James Spader as the titular Ultron.

Joss Whedon: The Dark Knight is The Godfather of Superhero Movies