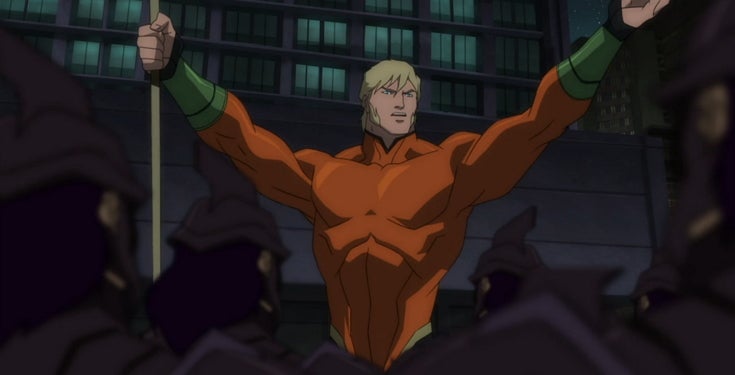 Based on the Geoff Johns written Justice Leauge/Aquman crossover, Throne of Atlantis serves as an origin story for Aquaman, who was replaced by Shazam as a founding member of the League in Justice League: War.

Orm, the prince of Atlantis, and Black Manta join forces to convince Atlantis to wage war on the surface world. The Queen and the Justice League must find Arthur Curry, Orm's lost half-brother, as he is the only hope of peace between these two civilizations.

Justice League: Throne of Atlantis will be released in 2015.