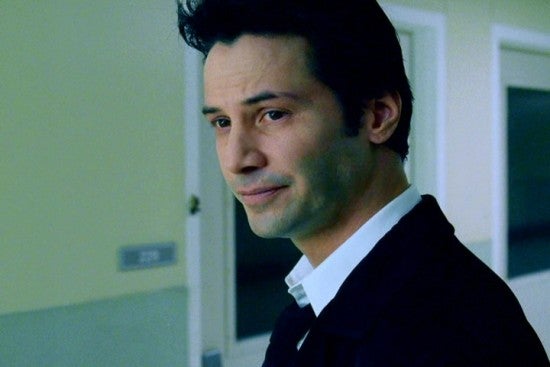 In a new interview discussing his new film Man of Tai Chi, actor and filmmaker Keanu Reeves revealed that, other than the planned Bill & Ted 3, there's really only one other character in his career that he'd liked another shot at playing--and it's John Constantine. "I would like to have played John Constantine again," Reeves told Vanity Fair. "I liked playing that character and there seemed to be a way to continue that. That's the only one that comes to mind." The funny thing? If the first movie had happened now instead of a decade ago, he could have had a shot. While Constantine has become something of a punchline in both the film and comics communities, its anemic box office and sub-50% Rotten Tomatoes score isn't necessarily reflective of how the audience has reacted to the film over time. It's got a 72% audience rating on Rotten Tomatoes and has performed consistently on home video and digital sales and rental online. The film also generated a global box office total of around $250 million on a $100 million budget--which isn't actually all that bad when compared to other WB/DC Comics failures like Jonah Hex ($11 million globally on a budget of $47 million) and Catwoman ($82 million globally on a $100 million budget). For context, that means Constantine cost as much as Catwoman to make but generated three times as much at the box office.  While the numbers are inflated, Constantine ($75 million domestic and $250 million worldwide on a $100 million budget) is roughly analogous to a film like Pacific Rim, which bombed with only $100 million (on a $190 million budget) at the U.S. box office but turned a tidy profit once all was said and done with a $408 million global take. None of that, of course, is to say that the film worked well enough to merit a sequel, but in a box office environment where franchise maintenance and international take were just a touch more important (like the one we have eight years after Constantine's failure), there likely would have been serious discussion of a sequel. Constantine is also in development as an hour-long drama at NBC.