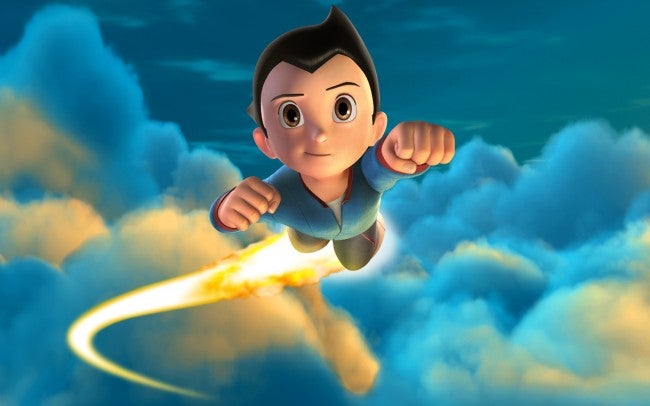 Astro Boy is coming to theaters as a live-action feature film as the result of a partnership between Australia's Animal Logic Entertainment has partnered with Japan's Tezuka Productions, according to The Hollywood Reporter.

The character, last brought to the screen in an animated film from 2009 starring Bates Motel's Freddie Highmore, originated in a wildly popular manga. It centers on a robot boy invented to replace his creator's dead son. Ultimately Astro becomes a superhero, using the powers at his disposal to fight evil.

No writer or director is yet attached; producers Jason Lust acting as executive producer. Mike Callaghan and Reuben Liber are about to start the hunt.

Animal Logic is best known for their visual effects, having worked on films like Happy Feet and Avengers: Age of Ultron.

Rather than pandering to kids, as most iterations of the character have done, producers hope to make it a broadly-appealing (and likely PG-13) movie.

"We've seen his as a manga, an anime and an animated movie but we've never seen him as a live action movie or him as a superhero," said Animal Logic's Zach Nalbandian. "We actually see him in the same league as an Iron Man."