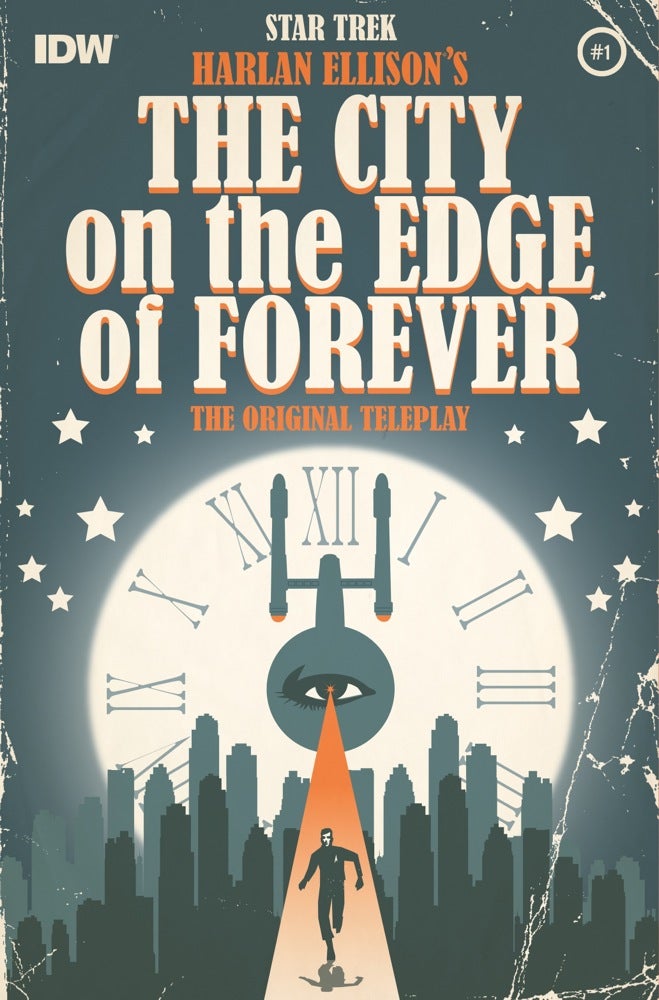 Madefire announced today that starting this Friday, September 12th, they will be giving away for free one new title from popular publishers to include IDW, Valiant, iTV, Boom!, as well as Madefire Originals and Indie books (and much more) free of charge every Friday starting at 11:59pm PST on Thursday and ending at midnight PST on Friday.

The Madefire Motion Books & Comics app on iOS and Android along with web partner deviantART will host each specific weekly feature on their respective storefront and will be available without the price tag.

"Free Friday is all about discovery - being bold, checking out the possibilities, and being inspired with a creator-first approach to try something new," said Madefire CCO and Co-Founder Liam Sharp.

The first Free Friday offering -- originally priced at $3.99 an issue -- includes the visual presentation of the much-discussed, unrevised, unadulterated version of Harlan Ellison's award-winning Star Trek teleplay script, The City On The Edge Of Forever #1 by IDW.

This Hugo- and Writer's Guild of America Award-winning teleplay has been much discussed for decades – now you can read and experience the story as Mr. Ellison originally intended with the Madefire Motion Book treatment – and all for free.

Designed for reading on a screen, Motion Books are available on all iOS, Android and Windows 8 devices as well as the web. The Madefire app has been 5-star rated since launch, and was recently awarded App Store's Editors' Pick (2014), Best New Apps (2014), Best of July (2014) and Best of 2012 on the initial launch. Their web-reading partner is social network and creative giant deviantART.com, the largest creative community in the world.

Barnes & Noble has had a similar program going for quite a while, giving away one book, one video download and one app or game each Friday. This week's video at Barnes & Noble is the pilot episode to The Blacklist starring Avengers: Age of Ultron villain James Spader.