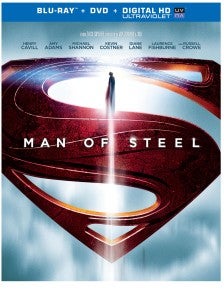 will finally hit Blu-ray, DVD and digital download on Tuesday, November 12, but is it worth shelling out the extra money for the Blu-ray, or should you just grab a digital copy and call it a day? Well, if you were a fan of this film and are looking forward to seeing Batman vs. Superman and the progression of DC's cinematic universe, this feature-packed Blu-ray is not just cool enough to buy, but it's cool enough that if you don't own a Blu-ray player, you should buy one to watch it. A feature-length documentary about Krypton, told in the style of a PBS special, and a video commentary by Zack Snyder, the cast and crew of Man of Steel are included on a disc so cool that movie nerds like myself might actually enjoy watching and rewatching it more than the actual movie itself. We'll start with a quick look at the main disc in the Blu-ray Combo Pack, though; the movie itself comes on a disc that's packed with a few short featurettes and mini-documentaries--pretty much standard offerings, although if there weren't a second disc to blow you away, most fans might be disappointed by the lack of a commentary track, or anything hinting at the character's cinematic future. The DVD has many of these same features and, as far as I can tell, nothing that isn't included on the Blu-ray, so we'll just run down the main disc, followed by some gushing about that awesome bonus disc. 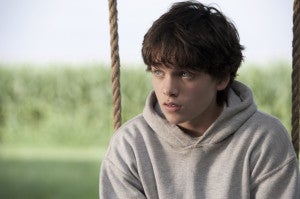 Both the tone and the quality of the special features is all over the map; there's a fun little mini-doc called Krypton Decoded, in which some special effects are run down with Dylan Sprayberry, who played teenage Clark Kent in the film. The sequence is short, full of pithy banter between Sprayberry and DJ Deejardin, and while there's some cool stuff, it's pretty shallow--the kind of stuff you're likely to see on the Internet before the movie comes out, or on a news magazine show. And then it ends with Sprayberry recreating Clark's first flight and Deejardin looking shocked. It's...oddly silly, when compared to the next featurette, which looks at the themes, the mythology and the characters of Superman in depth, seriously, and featuring lots of comic book art, lots of pop philosophy from everybody from Geoff Johns to Laurence Fishburne and lots of exposition about the comic stories that played into the development of the film. That featurette was arguably my favorite, and not just because some of my favorite creators and stories appeared onscreen. Interviews with the cast and crew talking about how Superman is the figure we all aspire to, also indicate that even the Hollywood types really "get" what Superman is all about.

The studio certainly takes care of their friends here; both Gym Jones, who did the physical training for Henry Cavill and the other Kryptonians, and the New Zealand Tourism Bureau who have done so much work with Warner on the Lord of the Rings and Hobbit movies, get featurettes on the main Blu-ray that are basically long-form ads. In each case, cast and crew are part of the featurette, talking about the benefits of the service in question, and there's some genuinely interesting information. The All-Out Action featurette, in fact, eventually strays from being a straight-up Gym Jones infomercial, although it takes so long before it does that there will be a lot of people who never make it that far into the mini-doc. At the end of all that, though, there's a lot of cool, interesting stuff in which they talk about the Battle of Smallville. The amount that's actually practical--which Snyder and company say is more than in any of his other films--is surprising and impressive, including certain shots that go live action to CG to live action hand-offs. Seeing the effects slowed down and explained is fascinating stuff, and it's too bad that the material gets buried on the back end of a lengthy rant about the greatness of the physical trainers, with the gym's name dropped two dozen or more times, is really a shame. And yeah, the highlight of the disc is certainly the Superman 75th Anniversary animated short. It's even nicer on a bigger screen.

The secondary features disc is an absolute treasure trove, featuring a full-length documentary as well as a brilliant video-commentary track featuring Zack Snyder, the cast and crew, all giving a shot-by-shot, moment-by-moment, scene-by-scene look at the film. 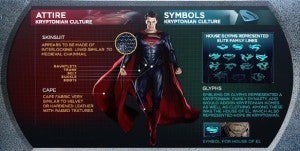 The documentary includes all of the content on the Learn About Krypton website in the form of a "documentary" about Krypton (titled Planet Krypton, a nod to the theme restaurant in Mark Waid's Kingdom Come). They also incorporate elements of the film's viral compaign, bringing that material to Blu-ray in a cooler form than just having a menu of "viral marketing options." It also gives a keen insight into some of the process behind crafting the world of Krypton if you read between the lines. After all, everything that a fake expert has to come on and explain to you is something that a real expert had to come in and explain to the filmmakers. And, yes, there are some Easter eggs in there that tease potential future movies. And they're awesome. The documentary would be the coolest part of almost any movie's special features disc, but Snyder and company really went above and beyond with the video commentary. 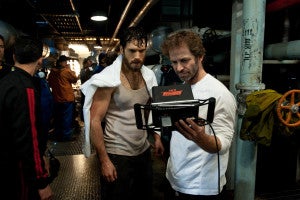 It isn't flawless; there are pieces of interviews and behind-the-scenes footage in the video commentary that are reused from other special features on the disc or even from the kind of "sneak peek" stuff you saw on the Internet in the run-up to the film. Still, it's over two hours of serious discussion of the film and, because it trades off from person to person, the speaker is always talking about something that's interesting and important to them, and it doesn't degrade into that thing that almost every director's commentary eventually does where  the filmmaker gets bored and starts thanking people and pointing out mundane details. The only downside? Often, they're not talking about what you might want them to talk about. During the sequence where many fans felt Christopher Reeve's face may have been CG'ed onto Henry Cavill's body in a silent tribute to the former Superman, Zack Snyder is talking with Hans Zimmer about the film's music; they've muted the dialogue and the sound effects and are letting the score wash over the film, and while they're talking about something that's very interesting, a small part of you is saying, "Hey! The Chris Reeve thing! Give us an answer!" Similarly, they don't really address the moment where Superman kills Zod in the way you'd expect; instead, one of the special effects guys comes on to discuss how difficult it was doing the whole fight scene, and nailing the emotional moment when Superman is "gonna be forced to kill Zod." That's all she wrote. Still, it's fascinating stuff. A feature-length, running commentary from dozens of contributors, offering up funny anecdotes, tales from the set, insights into the production and notes on their approach to the material? That's the kind of thing that any serious film geek would drool over, and the fact that we got it for a Superman movie is a little amazing. Snyder, who has done right by fans with things like the Ultimate Cut of Watchmen in the past, knows what cinemaphiles want, and this disc is arguably more entertaining and engaging than the movie itself. This was, admittedly, a divisive film. Everyone here at ComicBook.com really enjoyed it, and while we respect that a lot of fans didn't, for valid reasons in some cases, anyone who dug it at all should own Man of Steel on Blu-ray Combo Pack, DVD and HD digital download Tuesday.