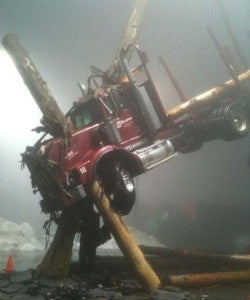 While I loved the Man Of Steel movie, there were a lot of people who had problems with the film. Needless to say, spoilers for the Man Of Steel follow. One of the big issues that many fans had with the Man Of Steel was that they felt Superman was acting out of character in some scenes. By out of character, they mean he was basically breaking the law. While there was one scene in particular that seems to have drawn the most ire, I decided to take a look at all the laws broken by Superman in Man Of Steel. Illegal Immigration - It's Superman's very first crime, and one that has been a topic of conversation since well before the Man Of Steel movie ever premiered. For all intents and purposes, Kal-El was an alien, who entered the Unites States without knowledge or authorization of the United States government, which makes him an illegal alien. However, a strong argument could be made that Kal-El was a refugee from Krypton. However, even as a refugee, Kal-El or his adoptive parents would have needed to apply for permanent resident status to be in accordance with the law. Vandalism - While working in a bar, Clark Kent has an altercation with a patron. Even though the patron dumps beer over Clarks's head, Clark doesn't fight back. Instead, Clark leaves the bar and vandalizes the man's semi-truck. Clark drives several wooden poles through the engine and cab, completely destroying what looks to be around an $80K truck. Property Theft - After rescuing the men on the oil rig, a shirtless Clark Kent emerged from the water. Instead of preceding to the local Sears store (a Man Of Steel sponsor) to purchase a new wardrobe, Clark Kent just steals some new clothes to wear. Good Samaritan Law - When Jonathan Kent is about to get sucked up into a tornado, Clark Kent has the power to save him. However, Clark chooses not to save his adoptive father, because Jonathan doesn't want him to reveal his powers. Did Clark break the Good Samaritan law, which was popularized during an episode of Seinfeld? Actually, the Good Samaritan law primarily protects people who do render aid, rather than punish those who do not. Given that Jonathan waved Clark away from helping, Clark is probably safe from prosecution. However, there could be a strong argument made that saving Jonathan would have been the right thing morally for Clark to do. Destruction Of Government Property - After the U.S. military sends a spy drone to follow Superman, Superman destroys the drone because he doesn't want the government to know where he lives. While Superman's actions are understandable, there's no getting around the fact that he destroys $12 million in government property. Couldn't he have avoided or disabled the drone without destroying it? It's the U.S. taxpayer who is ultimately going to have to pay the replacement cost for the drone that Superman destroyed. Murder - The most controversial scene in Man Of Steel has many fans labeling him as a murderer. As Zod points his heat vision at a family, Superman snaps Zod's neck to stop him. However, ironically, of all Superman's crimes in Man Of Steel, murder is probably the least likely one that he would face charges for. Zod had already killed numerous people and threatened the very existence of all humanity. Superman's actions were completely justified to not only save the family but to save Earth. Superman would more likely get a medal than face murder charges for killing Zod. Of course, there is some debate over if there were other means that Superman could have used to stop Zod besides killing him. It's possible that an argument could be made that Superman used excessive force in stopping Zod.

Man Of Steel: The Many Crimes Of Superman