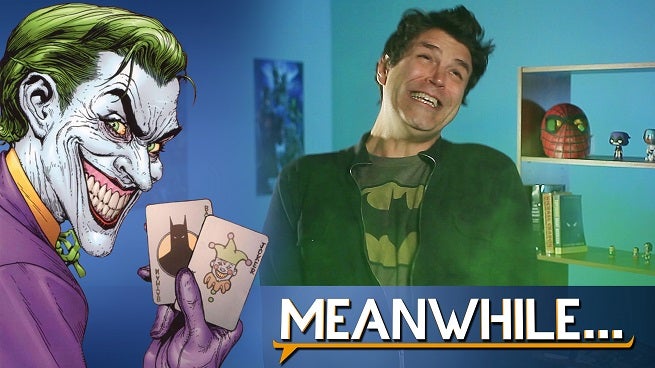 With the Endgame storyline in Batman playing ou currently and Jared Leto cast as the character in the upcoming Suicide Squad movie from Warner Bros., the comics webseries Meanwhile... is taking a look at where to start reading DC Comics' The Joker.

Suggesting stories like The Man Who Laughs, The Killing Joke and Death of the Family, Meanwhile... gives potential new readers a number of options for jumping on board.

Jared Leto is going to be taking over the role of the Joker in the new DC Universe movies, but how exactly did the character The Joker come to be, and where do you start when you want to read The Joker comics?! Nathan takes on The Clown Prince of Crime, giving you great places to start reading, and telling you how to jump into the current story.

Meanwhile... Gets You Up to Speed on The Joker