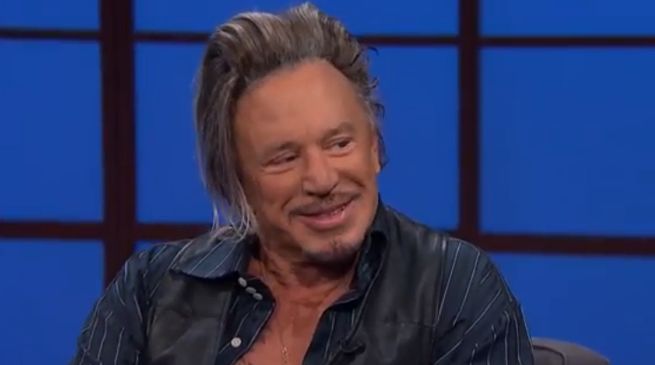 In an appearance on Wednesday night's Late Night with Seth Meyers, Mickey Rourke reminded viewers that he's not happy with Marvel Studios. In Iron Man 2, Mickey Rourke played the role of Ivan Vanko, also known as Whiplash, and apparently a significant part of his performance wound up on the cutting room floor.

When Myers pointed out that he had heard Rourke wasn't a comic book fan and that his latest movie Sin City: A Dame To Kill For is based on a comic book, Rourke corrected, "I'm not a Marvel fan."

When Myers asked if he was a DC guy, Rourke professed, "I don't know what that means." Myers joked it means you're not a comic book fan, that's what it means.

"I'm a Robert Rodriguez/Frank Miller fan," explained Rourke. "Once I did a movie for Marvel and they cut the whole [bleep] thing out."

Rourke added, "When you work with Robert, he knows what he wants, so you're not doing a whole bunch of… I do a lot of research and work on the character a lot. So when you bring it to the table, it's disappointing when they cut stuff out."