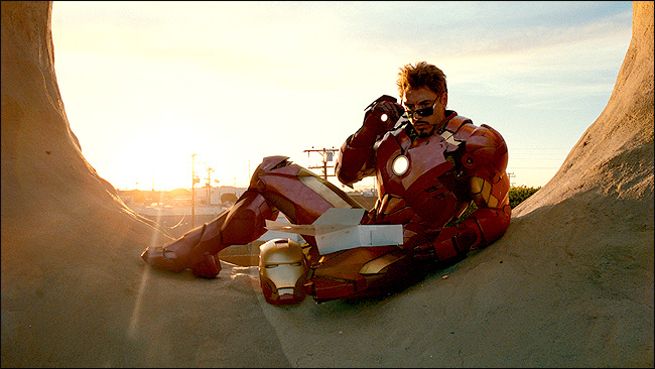 With Marvel Studios going to three movies a year in some years, there has been much speculation that one of their untitled projects could be Iron Man 4. In the past, Robert Downey Jr. has denied that there is any sort of deal in place for Iron Man 4, professing to only be signed on for Avengers: Age of Ultron and Avengers 3.

Has the situation changed since Marvel Studios announced all their mystery movie dates? Apparently not. In a new interview with Variety at the Toronto International Film Festival, Robert Downey Jr. again confirmed that all he's currently signed on for are the two Avengers sequels.

"There isn't one in the pipe," said Downey Jr. "No, there's no plan for a fourth Iron Man."

Does this mean this mean that Downey Jr. might be turning the armor over to a new actor? It seems like Downey Jr. doesn't like that thought, but it's not up to him.

"I like that the idea is that it would be up to me, like I'm casting director for Marvel," said Downey Jr.

One other interesting note from Variety's report is that they mention the Avengers sequels will hit theaters in summer 2015 and 2018. Avengers: Age of Ultron has been officially announced for May 1, 2015, but Marvel Studios has yet to announce a date for Avengers 3. Does Variety know something the rest of the world doesn't or are they just taking an educated guess?

No Plans For Iron Man 4 According To Robert Downey Jr.