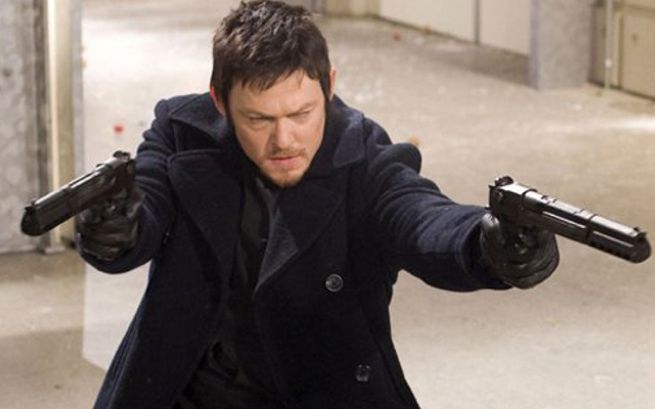 The Walking Dead's Norman Reedus participated in his first ever AMA on Reddit earlier today. In addition to answering numerous questions about his experience on The Walking Dead, Reedus also provided an update on the status of Boondock Saints 3.

Back in August, some plot details for the Boondock Saints 3 were revealed as well as the title The Boondock Saints 3: Legion. However, for the film to move forward, it would likely need Norman Reedus on board. Reedus has picked up a considerable larger fan following since his work on the previous Boondock Saints films, and he would certainly help the box office draw of a third film.

When asked the two part question of if Boondock Saints 3 was happening in the near future and if it would be possible to have Sean Patrick Flanery on The Walking Dead, Reedus replied, "Hey good morning. Yeah it's on. In the works, happening. Sean would be great on the show he's a real life ninja."

So it definitely sounds like Boondock Saints 3 is going to happen soon with Norman Reedus returning to play Murphy MacManus.