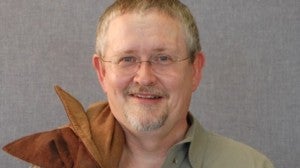 Orson Scott Card is no stranger to the world of science-fiction, comic books, and film. However, he has found himself more publicly embroiled in controversies surrounding his opposition to same-sex marriage over the past several months than perhaps ever before. He was pulled of a run on Superman a few months ago, and the author today is responding to a boycott proposed by Geeks OUT of the upcoming film Ender's Game, based on his hit novel of the same name. In a statement to Entertainment Weekly, Card outlined his position for why his views on homosexuality should not be aligned with the film based on his work. Card wrote the following: "Ender's Game" is set more than a century in the future and has nothing to do with political issues that did not exist when the book was written in 1984. With the recent Supreme Court ruling, the gay marriage issue becomes moot.  The Full Faith and Credit clause of the Constitution will, sooner or later, give legal force in every state to any marriage contract recognized by any other state. Now it will be interesting to see whether the victorious proponents of gay marriage will show tolerance toward those who disagreed with them when the issue was still in dispute." The film, which opens on November 1st, 2013, stars Harrison Ford and Ben Kingsley, has over a 100 million dollar budget and has already been pushed back in order to compete in the fall holiday movie market. Geeks OUT started the boycott, officially called "Skip Ender's Game", and has been leading a wave of social media attention focused on Card's statements. It's unclear at this time what effect, if any, this will have on the film's box office numbers.