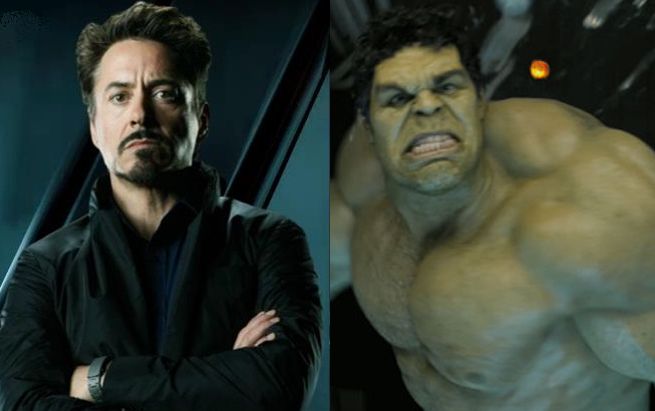 While Robert Downey Jr. has yet to officially say if he will return for an Iron Man 4 movie, he has no problem sharing his thoughts on Marvel's other franchises and potential franchises. When asked by USA Today about why it's taking so long for a standalone Black Widow movie, Downey Jr. quipped, "Doesn't Scarlett deserve a break?"

Downey Jr. then went on to rave about all the major female characters in Marvel Studios movies. Downey Jr. said, "I think that the interesting thing particularly after Guardians with Zoe (Saldana), (or) even from the first Iron Man where Pepper was kind of this really – to me the Iron Man franchise would never have taken off without (Gwyneth) Paltrow. There's something about her that grounded the story. She's not your typical lady in a superhero movie, and then by Iron Man 3 she's swallowing serums and putting on suits and kicking (butt) and all that stuff."

In the end though, Downey Jr. conceded that it would probably be most appropriate for a character already established like the Black Widow to lead a movie, noting that people seem to like to go see whatever Scarlett does.

Downey Jr. didn't stop with just Black Widow though, he added, "The funny thing is honestly at this point everyone deserves a franchise. I think Jeremy Renner is — when folks see the Avengers: Age of Ultron he's just a rockstar, a bada–. And Ruffalo is pumped. He does great (work). I'd like to hear them talk even more seriously about a Hulk franchise, because that's been one of the toughest ones to get right. But I'm sure that my parent company is feeling expansive and bold after the summer they've had."

Of course, the noteworthy part beyond just Downey Jr. paying compliments to his co-stars is that he says he like to hear them "talk even more seriously" about a Hulk franchise, as in he's confirming Marvel Studios is already talking about it.

Robert Downey Jr: “I’d Like To Hear Them Talk Even More Seriously About A Hulk Franchise”