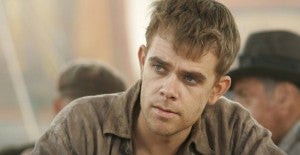 The wife of actor Nick Stahl, best known for roles in Terminator 3: Rise of the Machines, Sin City and Carnivale, reported him missing this morning, according to Hollywood gossip site TMZ. The actor was last seen April 9, according to a missing person's report his wife filed with the Los Angeles Police Department. It's been a bad year for Stahl, whose estranged wife told a judge in February that she was worried he had drug problems, following an arrest in late January for allegedly stiffing a cab driver. More recently, she expressed concern that he was spending time on Los Angeles' "skid row" and might have "gotten himself into something," says TMZ.