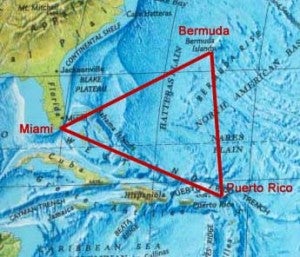 Alfred Gough and Miles Millar, best known for creating Smallville for Warner Brothers, have been tapped by Universal Studios to explore the mystery of the Bermuda Triangle, according to The Hollywood Reporter. While there have been loads of movies based on the concept in the past, including a recent one starring Alcatraz's Sam Neill, it sounds from the report as though this one will distinguish itself by taking a somewhat more analytical approach to the horror, a la The Blair Witch Project or White Noise, and purport to inform viewers while scaring them. In addition to Smallville, the pair have worked together on other genre fare, including Spider-Man 2, and will start work on the script based on an idea by Battleship producer Scott Stuber.