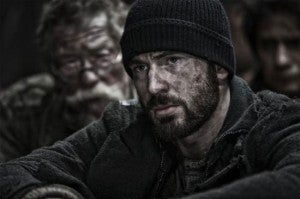 Featuring Captain America star Chris Evans and based on the French graphic novel Le Transperceneige, Snowpiercer is a South Korean movie that is generating a lot of buzz and just a little bit of controversy. The controversy is that the film is said to be really good as it stands, but there are reportedly plans to cut twenty minutes of the film for its U.S. release. Snowpiercer is set in a future where, after a failed experiment to stop global warming, an Ice Age kills off all life on the planet except for the inhabitants of the Snowpiercer, a train that travels around the globe and is powered by a sacred perpetual-motion engine. A class system evolves on the train but a revolution brews. Snowpiercer doesn't yet have an official release date in the United States.