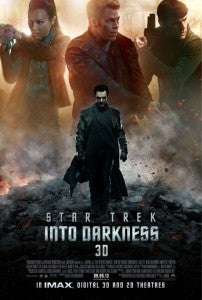 You think you world is safe? It is an illusion. A comforting lie told to protect you. Enjoy these final moments of peace. For I have returned to have my vengeance. So, shall we begin? - John Harrison

The film beings on a beautiful red planet - the one you see in the trailer - with a chase scene - Kirk has done something he's not supposed to do - interacting with the locals, and thus going against the prime directive. The prime directive of course is that there can be "no interference with the internal development of alien civilizations." As they are chased by spears and arrows you can tell this is going to be a hell of a ride. I am not a fan of Star Trek, outside of Picard incarnation. The TV show and movies are terribly done - most of the writing hackneyed, the dialogue unreal and the acting… well… I think Shatner speaks for himself. The premise of Star Trek though - I adore. The idea that through green aliens and tribbles you can discuss issues that on a normal action-drama show you just wouldn't be able to has always interested me. 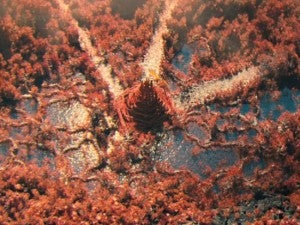 This is the greatest potential for science fiction as a genre. While it's cool to see things fly around in space, blow up scary aliens and travel to interesting and imaginative new planets - a science fiction film can fall flat if is doesn't say something. That something can simply be family, honor (Star Wars) or something larger like our saving our environment (Avatar). This is why Iron Man 2 (among others) failed so miserably - it was all about the big explosions, and nothing about what makes Tony Stark, Iron Man. Where the Iron Man sequel failed Star Trek: Into Darkness excelled. Into Darkness takes a step forward from the relatively pointless action of the previous films reboot origin story towards a story that actually has some chutzpah. Into Darkness has everything that you're looking for in an action film - quick-paced story lines with enough twists and turns to keep you interested, but not confused - spectacular explosions, and enough witty rejoinders to keep even John McClane on his toes. James T. Kirk: The enemy of my enemy is my friend. Spock: The man who said that was later betrayed and killed by his ally. James T. Kirk: Well, it's still a hell of a quote. 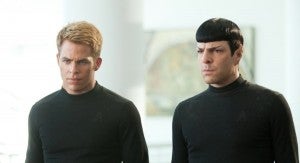 The interaction and chemistry between crew members also seems to have been solidified - in the time that has past since the first film ended there's clearly there's enough stories for at least a couple seasons of a TV show. Spock and Kirk still have started to fall into the friendship that they had in the series - which is a good thing as much of the other characters within the universe relate in one way or another through their back and forth. Bones has also finally been given the one-liners that makes his character loved (I agree with most of the other reviews that he's not given nearly enough of them). Leonard "Bones" McCoy: Damn it Jim, I'm a doctor, not a torpedo technician! The rest is what you'd expect from J.J. Abrams - there's boatloads of lens flare, quick cuts, shiny metal and some well placed references to the legacy of the source material. I'm sure that his treatment of the Star Wars series will be the same - which will certainly be better than Lucas' attempt at the most recent films. Which may be my only real complaint about it - it seems like he's got some template somewhere or that there's some J.J. Abrams guidebook that his crew has. While this may work with auteurs like Quentin Tarantino or David Lynch who usually at least are working from their own stories - I'm not really sure that it's what I want to see going forward in the world of sci-fi action… especially as Abrams is currently at the helm of the two most significant franchises. What do you think? Are you a Trekkie or a die hard Star Wars fan and worried about the future of your films? Was South Park correct in saying that the directors aren't the only one that own series and characters like these?