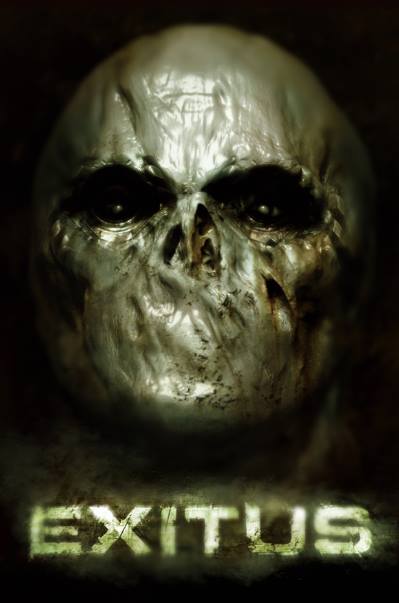 Steve Niles, the 30 Days of Night creator whose personal life has made news in recent weeks following a flood that left him displaced from his home, revealed a trailer today for a film project that he recently shopped around with Breath of Bones's Matthew Santoro. You can see it embedded below. While it's been on Vimeo for three years, it seems as though this is the first Niles and Santoro have made it public...or at least the first most commenters have seen it, as Niles's Facebook audience are acting like they're unaware of the trailer's existence before now. "Made this sample trailer with Matthew Santoro for a sci-fi thing we were pitching," Niles wrote. "Matt is the co-writer of Breath of Bones. He directed this. I wrote it." Asked what the status of the project is, Niles admitted that the pair hadn't found a buyer in the film market, "so now we're thinking of doing a comic." Niles has a new Dynamite project--Ash and the Army of Darkness #1 with artist Denis Carlero--hitting the stands this week. That should tie in nicely, not only with a horror comics icon who's working on a horror comic released the week of Halloween but also because both Bruce Campbell and Sam Raimi have made headlines this week with revelations that they're committed to Army of Darkness 2, the fourth film in the (original) Evil Dead franchise, which was recently rebooted by Sony and will continue to produce sequels to that version alongside Raimi's original.

0commentsE X I T U S

from Matthew Santoro on Vimeo.