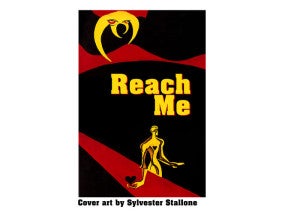 Sylvester Stallone, Thomas Jane and Lauren Cohan are just three of nearly a dozen established actors appearing in Reach Me, an ambitious indie film that headed to Kickstarter this week after the production stalled when it ran out of money to pay the crew. "I wrote this movie a dozen years, ago. I've been trying to get it going since 2001," writes John Herzfeld in the film's Kickstarter description. "The second week into shooting the producers came to me and said 'We ran out of money'. I said, 'What do you mean we ran out of money?' They said, 'Well one of the main investors pulled out, we have to shut down." He adds that while the actors are big names who could presumably help him come up with the relatively paltry $250,000 he's asking for on Kickstarter, they're all doing him favors and working for cheap already, so he would rather gauge public interest in the film and preorder some DVDs than ask them to kick in. The film revolves around a diverse cast of characters who are brought together by their mutual interest in Reach Me, a self-help book written by an over-the-hill football legend. Terry Crews, Cary Elwes, Tom Berenger, Kyra Sedgwick, Kelsey Grammer, Tom Sizemore, Nelly, Danny Aiello and Danny Trejo also star.