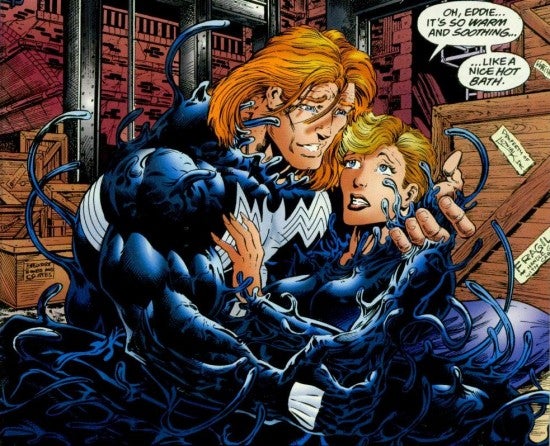 How committed are Sony to prepping for the upcoming Venom movie from writers Alex Kurtzman, Roberto Orci and Ed Solomon and director Kurtzman? Well, Eddie Brock, the Daily Bugle photographer who would become Venom, has a wife (who also eventually took on a symbiote)--Anne Brock, whose maiden name was Weying. And (as promised), we got news that somebody is headed to Riker's Island--that's Dr. Curt Connors, the Lizard--and his lawyer isn't all that happy about it. But she is Anne Weying. 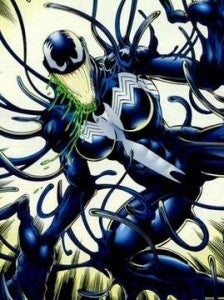 It's not clear here whether Connors will end up in Riker's (where Eddie Brock and Cletus Kasady eventually spent time) or Ravencroft (the asylum where many of Spider-Man's villains are regular inmates), but that's for another day, we're sure. Here's the report from the Daily Bugle viral site: The trial of Dr. Curt Connors came to an end as the former geneticist for Oscorp Industries was found guilty on all twenty counts for which he was indicted, including the murder of NYPD Captain George Stacy. Connors and his attorney, Anne Weying, were unable to convince the jury that he was not responsible for his deadly actions while transformed. His defense that he only injected himself with the serum that changed him into the Lizard to prevent Oscorp Industries from experimenting on innocent civilians did not sway the jury. Next stop: Rikers. But even that is controversial. Ravencroft Institute for the Criminally Insane has said their facility is better served for housing and studying a prisoner such as Connors, but the judge has yet to rule on where Curt Connors will spend what is likely to be the rest of his life.