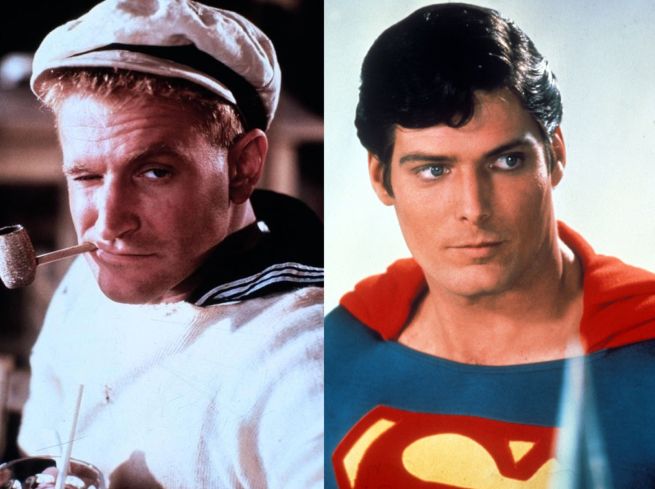 You can often tell a lot about a man by the friends he keeps, and one of Robin Williams best friends was Superman. In the early seventies, Robin Williams attended the prestigious Juillard School in New York City.

Williams was one of only two students accepted to the advanced program at the Julliard School in 1973. The other student was Christopher Reeve, who would become Williams' roommate and lifelong friend.

During a Reddit AMA last year, Williams recalled his best memories of Christopher Reeve. Williams wrote, "Him being such a great friend to me at Juillard, literally feeding me because I don't think I literally had money for food or my student loan hadn't come in yet, and he would share his food with me. And then later after the accident, just seeing him beaming and just, seeing what he meant to so many people."

After Reeve's crippling accident in 1995, Williams was one of the first to visit Reeve in the hospital. To cheer up his old friend, Williams pretended that he was a Russsian proctologist that was going to perform a rectal exam on Reeve.

In describing William's visit, Reeve wrote, "For the first time since the accident, I laughed. My old friend had helped me know that somehow I was going to be okay."

In 2004, Christopher Reeve died of cardiac arrest. In 2005, Williams dedicated his Cecil B. Demille Award at the Golden Globes to Reeve. Williams said, "Miss you. May flights of angels sing thee to thy rest."

A lot of the same words that Robins Williams used in talking about his friend Christopher Reeve are being said about Williams today. Williams definitely meant a lot to many people.

It's sad to think that two men who were heroes for so many people have passed on from this world. However, we like to think that somewhere out there that Popeye has reunited with Superman, and the two old friends are sharing a good laugh together.

The Amazing True Story Of Robin Williams' Friendship With Superman