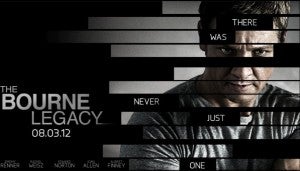 A new trailer for director Tony Gilroy's The Bourne Legacy has hit the Internet, featuring The Avengers' Jeremy Renner and The Incredible Hulk's Edward Norton in the most recent take on Robert Ludlum's blockbuster spy-thriller franchise. As an entirely new CIA agent looking into the history and future of the Treadstone program, the film appears to set up Renner as a new franchise lead while leaving the door slightly ajar for the return of Matt Damon, who has expressed that he might be willing to come back in the future. The Bourne Legacy opens on August 3.