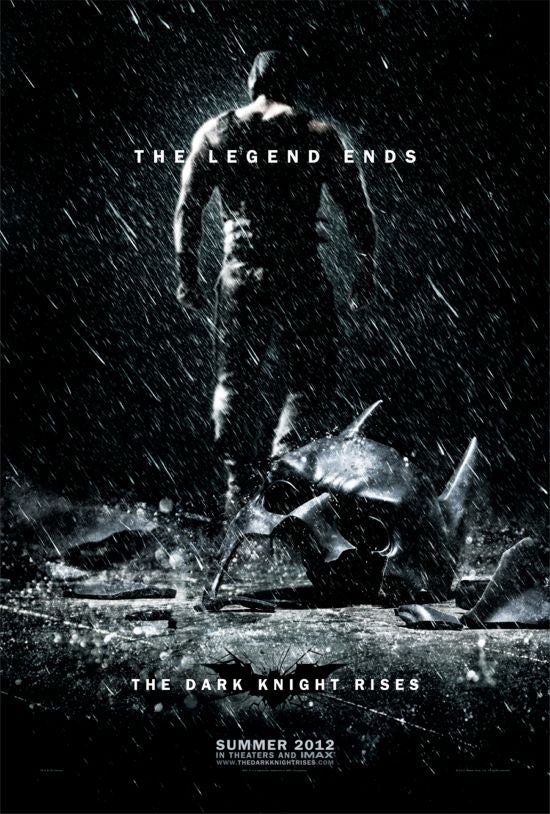 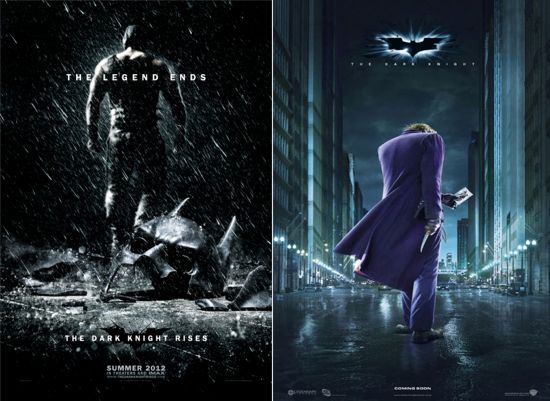 But then again, who cares if the poster designs tend to repeat in Christopher Nolan films, all his posters turn out awesome. This is the kind of poster that not only makes you want to see the movie, but also go out and buy the poster and hang it on your wall. The man evidently knows how to get good posters made for his movies, so you've got to love him for sticking with what works. As far as the tilted mask that appears at the bottom of the poster that appears to be a new theme for a Nolan movie poster, unless Nolan secretly had something to do with this design for Friday the 13th Part V: A New Beginning. Kind of an interesting contrast between the taglines, where one proclaims "The Legend Ends" and the other announces "A New Beginning." 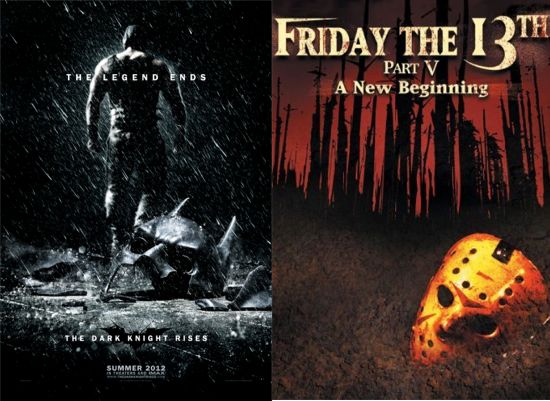 Now, for the most important question for any new Batman poster, "Are there any hidden images or messages in the poster?" While we still insist that we can see a Superman logo in the first Dark Knight Rises poster, we haven't made out any hidden images in the new Bane focused Dark Knight Rises poster. We even tried making a negative image of the poster and playing around with the contrast, hoping to reveal something, but nada. 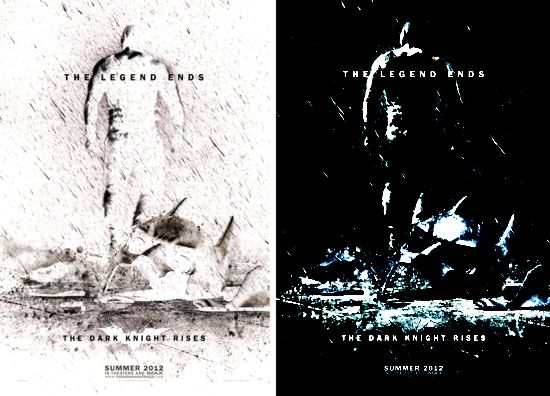 The closest thing to any type of hidden message might actually be the file name for the photo. On TheDarkKnightRises.com, the file is saved as https://www.thedarkknightrises.com/downloads/posters/Magnus_Mask_Dom_RGB_1600x2366.jpg. Is the Magnus Mask Dom some sort of code? Actually, the Magnus seems to be just a reference to Magnus Rex, which was the working title for The Dark Knight Rises. The Magnus in Magnus Rex also reportedly comes from the name of one of Christopher Nolan's sons. The Mask is likely just a reference to the obvious, and Dom could be an abbreviation for domestic. So can anyone else spot any hidden images or messages in the new Dark Knight Rises poster that we might have missed? A Robin mask? A question mark? A hint at a Justice League movie? Not even a flying unicorn? Anything? Or are we left with just a really cool poster with no secret codes?