In anticipation of the seventy-fifth anniversary of the release of J.R.R. Tolkien's novel The Hobbit on Friday, this week has been dubbed Tolkien Week. Launching Tolkien week? A number of new stills from the forthcoming film adaptation, The Hobbit: An Unexpected Journey, went public at USA Today and are spreading around the Internet. The film, which will hit theaters on November 28, has seen its promotional campaign kick into high gear recently, with a new cell phone app releasing a ton of new photos and Warner Brothers starting to shift its attention away from its summer films like The Dark Knight Rises and more toward The Hobbit. There's some speculation that Warners will also bolster the much-anticipated film by tacking a Man of Steel trailer on it when it's released, building even more buzz around a movie so big they expanded it to three movies from its planned two. Check out the stills below. 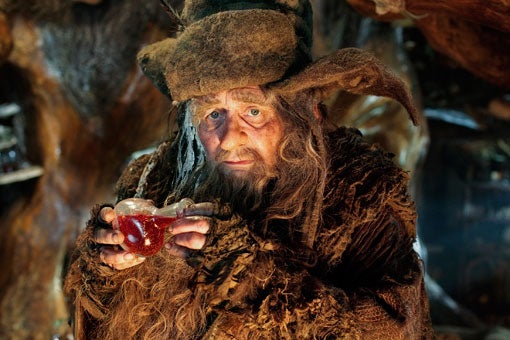 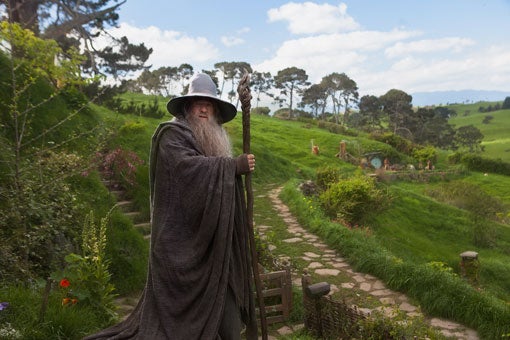 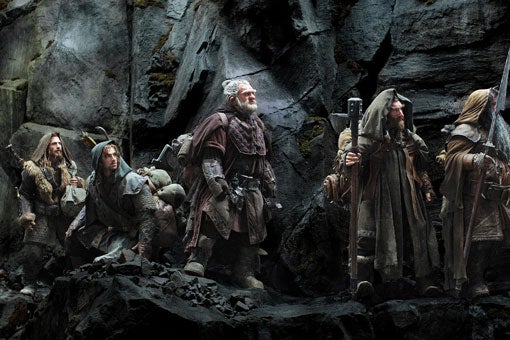