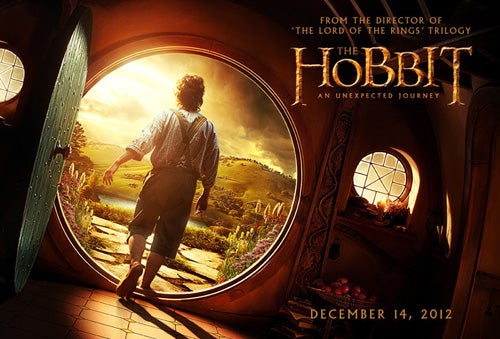 After a busy Friday at the box office, the first installment of Peter Jackson's Hobbit trilogy--titled The Hobbit: An Unexpected Journey--has drawn more than $10 million on its way to a $32.5 million weekend. That should be enough to make it the weekend's top-grossing film at the U.S. box office, retaking the crown after last weekend, even though for most of the week Django Unchained and Les Miserables beat it out. Those films are expected to come in at #2 and #3 at the box office this weekend, respectively. Parental Guidance and Jack Reacher will round out the top five. Django Unchained, which stars Jamie Foxx of The Amazing Spider-Man 2 and The Avengers's Samuel L. Jackson, opened on Christmas Day, along with Les Miserables, which stars The Wolverine's Hugh Jackman and Anne Hathaway of The Dark Knight Rises.