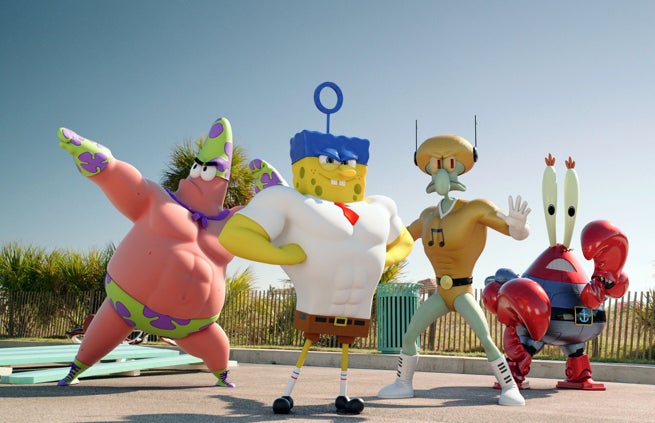 The SpongeBob Squarepants Movie: Sponge Out of Water is poised to take the top spot at the domestic box office this weekend.

The sequel, released ten years after the first film and to significantly better reviews, earned $15.1 million in theaters yesterday and is projected to earn more than $40 million, finally knocking American Sniper out of the top spot at the box office, where it's been since its Oscar-qualifying limited opening expanded to a national theatrical release.

Sniper is expected to come in third this weekend, behind SpongeBob and Jupiter Ascending but ahead of Seventh Son.

The SpongeBob SquarePants Movie made $32 million a decade ago, and while the new movie might not be quite the hit that one was when adjusted for inflation, it's also worth a mention that this new film is coming out more than a decade into the popular kids' series' run and long after it's the shiny new fad of the day.