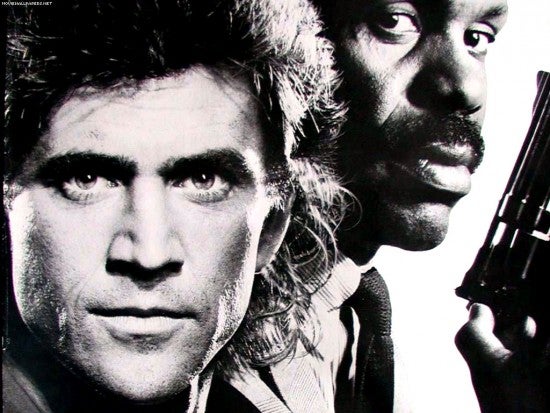 Chris Hemsworth has been offered a starring role in Warner Bros.' Lethal Weapon franchise, The Tracking Board reports. They're calling the film a reboot, but while Joel Silver has been confirmed as producing a new Lethal Weapon film, no details have been officially revealed. It could be a reboot or a continuation of the original series with Hemsworth taking on a new role, possibly as the son of Mel Gibson's Riggs. The Tracking Board suggests it's currently operating under the name Lionhunters, but it isn't clear whether that's a genuine possibility or just the kind of working title you use (Iron Man 3 was Caged Heat, remember) to keep details somewhat quieter. The last time there was any official news, Fast & Furious 6 director Justin Lin is also attached to the project. Spinoff Online notes that back in 2011, Castle and Gangster Squad writer Will Beall was writing it. Between the failure of Gangster Squad and his Justice League script being abandoned, though, it seems as though he's somewhat less in favor at Warner Bros. these days. The Tracking Board suggests that Iron Man 3 director Shane Black -- who made a name for himself writing the first Lethal Weapon -- may be brought on board in some capacity. In past interviews, Gibson has denied involvement in any kind of sequel or reboot. Presumably co-star Danny Glover would, if asked, tell reporters and potential casting directors that he's "too old for this s--t."