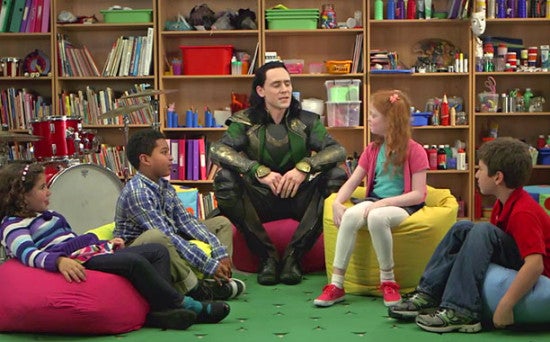 It's hard to tell who's more adorable in this new, Comedy Central-produced 30-second spot for Thor: The Dark World: Tom Hiddleston or the kids he's arguing with. After asking a group of children in a Sesame Street-style setting who's the better superhero--Thor, or Loki?--Hiddleston (in his garb as Loki) doesn't like the answers he gets and takes action. Check it out below; it was originally shared exclusively and officially via Entertainment Weekly, but that one seems to have crashed,  so somebody put it up on YouTube.